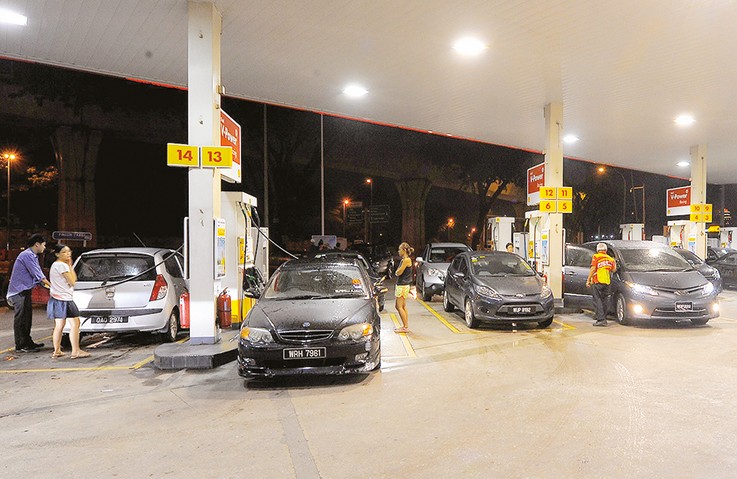 Petrol stations, which saw revenue dropped 90% during the Movement Control Order (MCO) as there were restrictions for travel, now find themselves short of cash to stock up on fuel.

President Datuk Abu Samah Bachik said while demand has gone up, it is still unclear whether some members can recover.

He said to cope with demand that is now 20 times of that during the MCO, some petrol dealers may need to raise money to buy fuel stock because dealings are in cash.

“The easing of the MCO means more people are going about their business and there is some hope that we can sustain our business,” he said in a telephone interview.

Abu Samah said he hoped the government will consider asking banks to ease conditions for petrol kiosk operators to obtain loans in order to cover operation costs, including the cost of fuel stock purchases.

In early April, the government introduced additional Prihatin SME economic stimulus package to help small and medium enterprises (SMEs) to withstand the impact of Covid-10 outbreak and the MCO to their business.

According to statistics by Petrol Dealers Association of Malaysia (PDAM) — which represents some 3,800 station owners in the country — the approval rate for petrol pump operators is still low.

As of now, 19% of the total dealers have taken up the survey. The study shows that of the total, the SRF application approval only stood at 8% compared to 14.1% of rejection, while the remaining are still pending approval.

More than 25% of the total operators have applied for SRF, while PSU applicants have reached more than 75%.

About 20% indicate that they would agree to cease operation during MCO, more than 80% of them want extra credit from their oil companies and almost all seek special grants from the government to cover the losses due to the price fall.

PDAM earlier said the petrol pump owners suffered RM139 million in losses in the last three weeks of March due to the slump in crude prices after the Covid-19 outbreak.

The body said each outlet recorded around 70% of losses or around RM40,000 per station since early March.