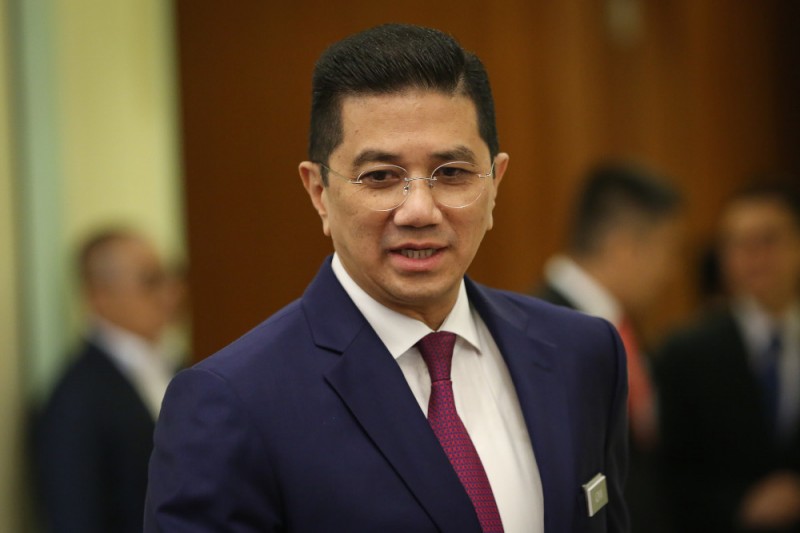 The Senior Minister, who is also International Trade and Industry Minister, said that reopening economic sectors would contribute to the country's Gross Domestic Product (GDP) growth, domestic and foreign direct investment, exports as well as the sustainability of small and medium enterprises (SMEs), including job security.

"The government made this decision thoroughly, cautiously and with responsibility. The government has given detailed consideration based on data and studies presented in relation to the health, economic as well as financial status of the country," he said in a statement on Saturday (May 2).

Azmin said the government had decided to take steps to reopen the economy in stages starting from March 18 to April 28 during the movement control order (MCO) phases one to three in compliance with health requirements.

He noted that the careful and cautious actions taken had shown good results, especially in terms of reopening economic sector without affecting the government's efforts to curb the spread of Covid-19.

Azmin also said the government made its decision based on World Health Organization (WHO) guidelines, adding that medical experts from China also agreed that Malaysia was ready to restart its economic activity.

Azmin said if the government didn't do so, the country's source of income would decline, economic growth would stagnate and the incomes of businesses and individuals would be affected.

"Many businesses will also close," he said.

Azmin pointed out that the drop in exports for the manufacturing sector alone is estimated at RM32bil for every two weeks of the MCO.

He hoped that the business community, especially SMEs, would be able to revive their business operations, strengthen their cash flow, rebuild their supply chains and are able to manage the risk of reshoring when the economy reopens.

"Currently, SMEs contribute 66% of the workforce in Malaysia. Hence, the government's actions will certainly be able to guarantee employment and employee incomes," he said.

Azmin noted that the effectiveness of this move would require support from various parties, including the private sector, industry associations and business entities.

"The business community must adapt to a new normal – old practices may never be used again.

"Businesses previously heavily dependent on a labour force must now reduce this dependency and focus more on automation as well as technology," he said.

Additionally, he said that the digitisation process also needed to be accelerated to reduce human contact within business premises, adding that the use of the digital communication in the past month had indirectly helped the transformation of the country into a digital economy.

"Businesses that are reliant on an intensive labour force cannot be negligent in terms of the worker's protection, including issues on health, hygiene and safety," he said.

Azmin said economic sectors allowed to resume operations are required to follow the SOP that has been set for their respective industries.

"Failure to comply with the SOP is an offence and legal action can be taken on the company or the firm involved.

"The government will not hesitate to carry out an enhance MCO if there is a sudden spike of cases in any area," he said.

To ensure compliance with the SOP, Azmin said comprehensive and strict enforcement would be implemented by enforcement agencies at all federal and state levels.