SMEs vent out on stimulus 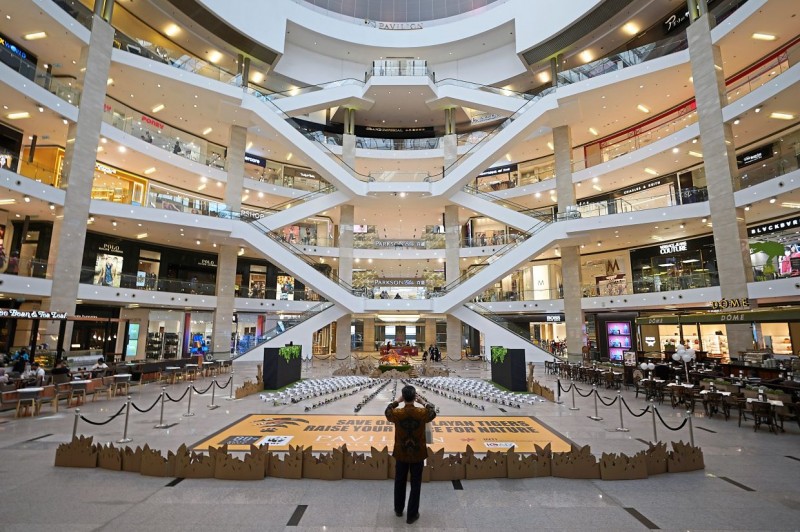 KUALA LUMPUR: The government’s RM250bil stimulus package has not gone down well with owners of small and large businesses.

They pointed out that there was no immediate relief for them except for the wage subsidy of RM600 per month for three months which they lament comes with conditions that many may not be able to fulfill.

While they agree that the government’s move to put money in the hands of the people was good, they also pointed out that it should only be for those in the lower income bracket and not for all segments of the people.

Many were perplexed over the one-off payment of RM500 to civil servants who are grade 56 and below and to pensioners. The contention was civil servants in grade 56 were already earning close to RM9,000 per month and their salaries would not be affected by the movement control order (MCO). The same goes to pensioners who would continue to receive their monthly payments.

Among the most telling of the comments came from the owner of the homegrown Mydin chain of hypermarkets, Datuk Wira Ameer Ali Mydin, whose views on the payouts to civil servants while small businesses not receiving much incentives went viral on social media.

While Prime Minister Tan Sri Muhyiddin Yassin’s “Makcik Kiah’s analogy” of how much households receive from stimulus received much coverage, Ameer’s examples of how a business was not getting any assistance from the stimulus received a lot of support from those in the business community.

Ameer, who is also the president of Masjid India Business Association, had said that during the MCO shutdown period, big and small businesses were stuck with rental payments, wage bills and trade facilities to service.

“Landlords want their rentals and trade facilities are not under any kind of moratorium unlike housing and hire-purchase loans. When the MCO is lifted, business is not going to pick up for the next three to six months. How is the stimulus package helping the businesses?” he asked when contacted.

Ameer joins the chorus of business organisations that have voiced out their shortcomings on the stimulus package announced by the government last Friday. The RM250bil package announced payouts for groups of people, a RM600 wage subsidy for three months for those employed in the private sector and a RM50bil loan guarantee scheme for big corporations.

However, there were no definite measures announced for the thousands of small businesses that employ thousands and are not been able to operate since the MCO started on March 18 and would go on until April 14.

MEF president Datuk Shamsuddin Bardan said the wage subsidy was not much of a help due to the many conditions attached and the position of foreign workers. He had also said employers needed to be saved to save jobs and the national economy.

SME Association president Datuk Michael Kang said the government’s proposal to provide loans was not good enough as there was no reason for small businesses to take up more borrowings to sustain businesses when there was uncertainty as to when incomes would pick up.

FMM president Tan Sri Soh Thian Lai said in a statement that the prolonged MCO had grounded many businesses while employers were burdened to meet wage bills on top of all other expenses.

He proposed that the RM600 per month wage subsidy for three months should be extended to all employees regardless of wage levels and it be an automatic subsidy without the need for companies to prove reduction in earnings by 50%.

Ameer echoed FMM’s views but suggested that the government subsidise 50% of salaries of those earning up to RM6,000 per month for two months. This, he said, would cover all of those in the Bottom 40 and some in the Medium 40 groups.

“It is important for people to have a reasonable amount of money to spend. But whatever given to persons, must not be given twice. If the government wants to give those RM1,000 directly, they may as well give it via the employer.

“After two months, if businesses have not picked up, the government can review and decide on the next step. For now, a subsidy of 50% of the wage bill would help employers keep employees, ” he said.

Ameer proposed two other measures for immediate implementation to prevent scores of business closures. The first is for the government to intervene to get landlords to have a moratorium on rentals and the second is to get banks to give businesses an additional amount in trade financing.

On the rentals, Ameer said that most of the big malls were owned by government agencies or major property companies. Towards this end, he said the government could get them to have a moratorium on rentals for a period of three months which would prevent closure of retail outlets.

“The market is controlled by less than 30 big players. It would be easy for the government to call on them and work together, ” he said.

On the trade facilities, Ameer said businesses would typically need an additional line of credit of about 25% to help them tide over this period.