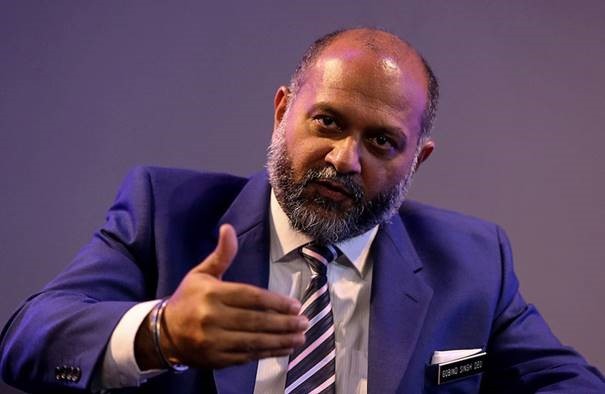 KUALA LUMPUR, Jan 4 — Getting foreign companies to invest in film production, marketing local films to foreign markets and giving higher rate of payment for programmes produced by vendors for Radio Television Malaysia (RTM) are among the Communications and Multimedia Ministry’s (KKMM) achievements in 2019.

The ministry also gave priority to empowering small and medium-sized entrepreneurs, especially those in the rural areas, so that they would not be left out by digital economy.

The 2019 achievements by KKMM was contained in a report by the ministry which was uploaded by its minister, Gobind Singh Deo, on his official Facebook account today.

In stimulating the film industry, the report stated that the government introduced the ‘Film In Malaysia Incentive’ (FIMI), a cash rebate of 30 per cent on all Qualifying Malaysian Production Expenditure (QMPE), and it attracted eight overseas productions with potential investments of RM90.3 million.

An agreement was signed last year at the international market for the country’s audio-visual content at the International Market of Communications Programs (MIPCOM), France, which is capable of generating RM20.72 million worth of exports and investments.

Sales deals made during the ‘Asia TV Forum & Market’ in Singapore and ‘Connect Asia 2019’, amounted to RM16.23 million and RM9 million respectively.

Subsequently, the payment rates for RTM’s programmes, which had not been reviewed for the past 33 years, was finally increased by 10 per cent to 60 per cent starting last Sunday (Jan 1) depending on the categories of the programmes.

The move is seen as capable of stimulating the local creative industry.

Apart from that, more than RM1.4 million was approved to support 49 artistes in arts and cultural activities through the Financing of Work Programme, Capacity Building, Mobility, Arts Organisation and 25 schools under the #BASKL Art and Study Tour Programme.

The 16-page achievement report also emphasised the importance of developing a channel for technology talents to capitalize on the socio-economic opportunities arising from the implementation of digitalization and smart technology.

They included focusing on development of technology talent achieved by the ministry through collaboration with several private and global companies, including General Assembly (GA) to set up a digital skills and training centre to develop local talents and meet growing demands.

Meanwhile, in the aspect of the Animation and  Digital Games Industry (e-games), there has been encouraging growth in animated films with the production of three local films, namely Upin Dan Ipin: Keris Siamang Tunggal (RM26.5 million), BoBoiBoy The Movie 2 (RM29.8 million) and Ejen Ali: The Movie (RM29.3 million), with them making the top three spots in tickets sales for Malaysian film this year.

KKMM is also working with the Malaysia Digital Economy Corporation (MDEC) to establish a new Digital Content Ecosystem (DICE) Policy this year to strengthen the local digital content industry and ultimately position Malaysia as the leader in digital content creation and production in the region.

The government had allocated RM20 million in Budget 2020 for the purpose.

Apart from that, 2,198 SME entrepreneurs in the rural areas are enjoying the benefits from the DESA project which provides e-Commerce services (PeDAS) through the Village Internet Centre (PID) to hone their skills in e-commerce business and create a platform to market their products to a broader target.

The ‘100 Go Digital’ programme, an initiative to expose SME entrepreneurs to digital marketing which was launched in Langkawi, attracted 200 participants.

Another programme by the ministry, ‘Global Acceleration and Innovation Network’ (Gain) was aimed to help local technology firms to grow and expand their reach both regionally and globally various categories such as drone technology and ‘fintech’, with eight companies having achieved the global status.

To further accelerate digital adoption, the ministry also introduced a 50 per cent matching grant of up to RM5,000 per company for SMEs that adopt digitalisation measures. — Bernama