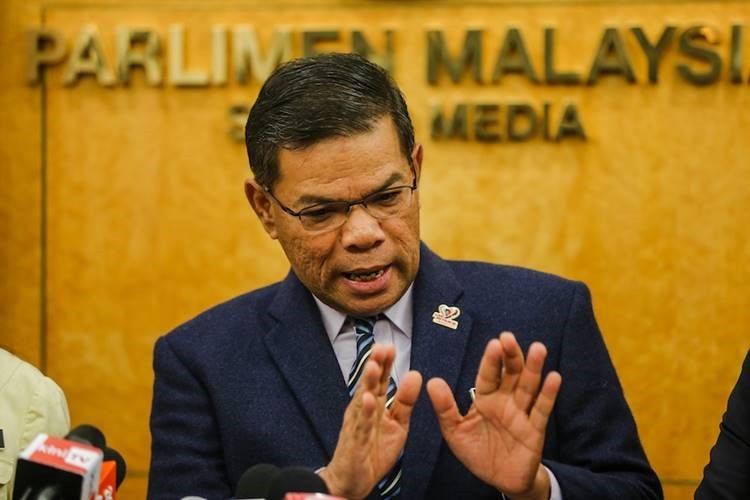 KOTA KINABALU, Nov 23 — The Ministry of Domestic Trade and Consumer Affairs (KPDNHEP) will continue its efforts to elevate the franchise industry to become a major sector, which will have a significant impact on entrepreneurship development.

Minister Datuk Seri Saifuddin Nasution Ismail said the ministry also plans to ensure that the industry becomes one of the major contributors to the country’s gross domestic product.

“The government’s commitment towards advancing the country’s franchise development programme via the National Franchise Expo (NFX) and the domestic franchise will definitely help to create a conducive environment to the industry as a whole.

“Among other things, the NFX features business matching and knowledge-sharing sessions, franchise clinics, product and service demonstrations, promotions, awareness and educational programmes, and it will also act as a medium to boost Malaysian franchise brands,” he said.

Saifuddin said this in his speech text, read by KPDNHEP (Domestic Trade) deputy secretary-general Alauddin Sidal at the launch of the Sabah NFX 2019 here, today.

The programme aims to instil awareness among Sabahans on Malaysian franchise brands and to familiarise them with franchise business and entrepreneurship.

More than 20 local and international franchise brands from various sectors took part in the three-day programme which ends tomorrow.

Saifuddin said the ministry is also encouraging social franchising in an effort to ensure franchise industry players contribute to the society.

This year, 66 Malaysian franchise brands have penetrated 65 countries, with more than 4,200 branches worldwide — thus clearly indicating that the industry is more than capable of bolstering the Malaysian brand visibility internationally, thus giving an impact on the nation’s economy.

However, Saifuddin said that the franchises should also be expanded in Malaysia, aside from boosting the growth of products and services by local franchises.

He added that he hoped the ministry will be able to form strategic collaborations with industry players in Sabah, with help from state agencies such as the Sabah Ministry of Trade and Industry as well as the Sabah Economic Development Corporation. — Bernama