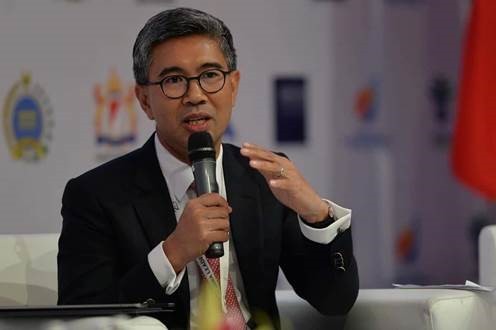 Tengku Zafrul also said the government had approved RM12.76 billion of applications for wage subsidy programme (WSP) as of February 5.

As of September 30 last year (the closing date of WSP 1.0), a total of 322,177 employers and 2.64 million employees had received the benefits under the Prihatin Rakyat Economic Stimulus Package and the National Economic Recovery Plan.

"As for WSP 2.0 under Kita Prihatin, a total of RM770.31 million has been channelled to 65,398 employers to enable them to continue operating and maintain 534,183 employees," he said in the 41st Implementation and Coordination Unit Between National Agencies (Laksana) report today.

"As such, the government still has the fiscal space to continue helping the rakyat, support businesses and strengthen the Malaysian economy," he said.

He said Malaysia's GDP contraction of 5.6 per cent in 2020 was better than the initial projections by international organisations such as the International Monetary Fund (-5.8 per cent), the World Bank (-5.8 per cent) and the Asian Development Bank (-6.0 per cent).

"Malaysia's performance is also better compared to other countries in the region such as Thailand (-6.1 per cent) and the Philippines (-9.5 per cent), and other countries such as the United Kingdom (-9.9 per cent)," he added.

He said Malaysia had limited the number of deaths due to Covid-19 at a ratio of 0.3 per cent, or in the lowest 5.0 per cent category worldwide.

"The effectiveness of the government's measures to curb the spread of the Covid-19 pandemic has also been recognised by the international credit rating agency, Moody's."

He said this was evident through the affirming of Malaysia's rating at A3 with a stable outlook, in January this year.

"Moody's also expects that the spread of the Covid-19 will not have a lasting impact on the country's economic structure. Thus, the current and subsequent wave of contagion will only delay, and not hinder the economic recovery of the country towards a higher and more sustainable growth path," he said.

In the medium and longer term, Tengku Zafrul said the government remained committed to economic reforms and sound governance, as well as focused on policies that would ensure sustainable, resilient, and equitable growth.

He said the National Covid-19 Immunisation Programme recently launched by the Prime Minister on February 16, would be the main thrust for the country's recovery from the pandemic.

"With Phase 1 of the vaccination process expected to begin in February, we are targeting 500,000 frontline workers to be vaccinated by April 2021. We hope that the vaccination of more than 80 per cent or 27 million of our population over the coming year will help drive our economic recovery," he added.