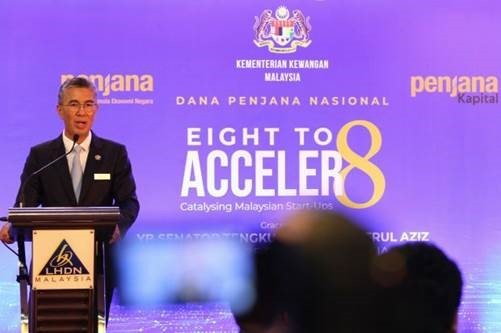 The PENJANA SME Financing scheme, which has a RM2 billion allocation, prioritises SMEs that have never received any bank financing previously.

For the PENJANA Tourism Sector Financing for SMEs and Micro SMEs still affected by COVID-19 with an allocation of RM1 billion, he said that as of Feb 5, there were 579 applications for this financing and of this total, 282 applications have been approved with a total financing of RM57.1 million.

"PENJANA Micro Credit Financing under Bank Simpanan Nasional a total of RM363.4 million had been channelled to benefit 10,774 Micro SMEs including those in retail and services.

"The Bumiputera Relief Financing (BRF), amounting to RM200 million by Perbadanan Usahawan Nasional Bhd (PUNB), a special fund assistance is for Bumiputera SMEs affected by COVID-19, with financing of between RM100,000 and RM1 million. This fund has been channelled to 548 SMEs involving a total of RM153 million,” he said in the 41st Economic Stimulus Implementation and Coordination Unit Between National Agencies (LAKSANA) report today.

For PENJANA's third objective of stimulating the economy, Tengku Zafrul said food security is very much emphasised in the PENJANA plan and Budget 2021.

He said the government had allocated RM400 million in support of the agriculture and food industry, for farmers and fishermen, of which RM350 million was allocated under the Agrobank Microcredit Financing Scheme.

As announced, the government has also agreed to extend sales tax relief for passenger vehicles incentive until June 30, 2021 as a measure to further boost the automotive sector and the country's economic activities.

"The sales tax incentive includes 100 per cent exemption for locally assembled cars and a 50 per cent reduction for fully imported models. As at Feb 5, the value of sales tax relief utilised stood at RM232.96 million compared to RM201.51 million in the previous week,” he added.