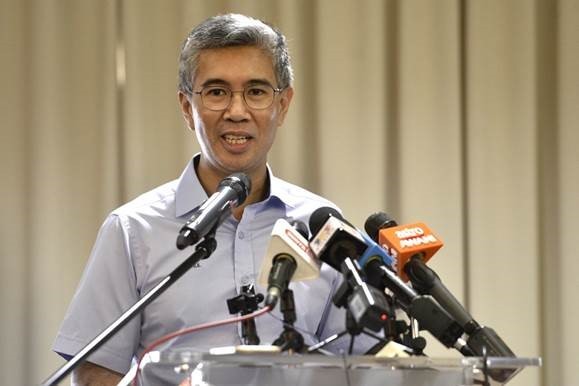 KUALA LUMPUR, Oct 7 — The Finance Ministry hopes the momentum of economic recovery would be maintained through Budget 2021, which will be announced on November 6.

“Among the factors that have contributed to the economic recovery is the implementation of assistance and measures under Prihatin and Penjana, and not forgetting, the efforts by Malaysians and businesses that have complied with the set standard operating procedures.

“I would like to thank the rakyat and businesses that have played this important role and hope that such efforts will continue,” he said when presenting the 24th Laksana report on the implementation of the Prihatin Rakyat Economic Stimulus Package (Prihatin) and National Economic Recovery Plan (Penjana) today.

Tengku Zafrul noted that during his meetings with stakeholders of various industries, the oft-raised issue was the government’s continued support for businesses, especially small and medium enterprises, in ensuring readiness to operate in new norms as well as in generating demand from consumers and investors.

He said the government had also received various proposals, all under consideration, to formulate a 2021 budget that would prioritise the people, business and economy.

“This is to ensure the continuity of the approach in Prihatin and Penjana packages. Indeed, the government is very serious in maintaining the momentum of economic recovery in 2020 and boosting it in 2021. I hope all of us will be able to work together on this journey,” said Tengku Zafrul.

He said the country was currently facing an uptick in new daily cases of Covid-19, which have reached the three-digit mark, with the majority of cases are concentrated in several areas around Sabah and Kedah.

Hence, the approach taken by the government was to implement targeted enhanced movement control order, he added.

“This approach, among others, ensures a balance of efforts between curbing the spread of the Covid-19 pandemic and continuing economic activity.

“As advocated by Prime Minister Tan Sri Muhyiddin Yassin, our economy must continue to be opened as part of recovery efforts, as well as in ensuring the survival of the people and the nation’s economic stability,” said Tengku Zafrul.