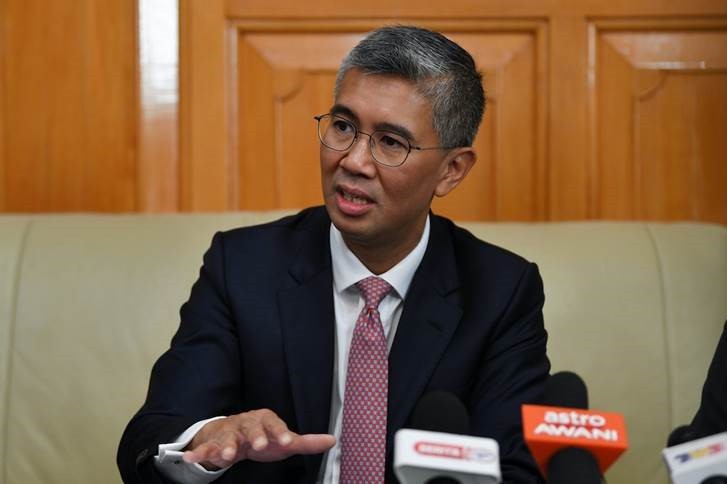 KUALA LUMPUR: During the Jelajah Belanjawan tour to several states and with various industrial sectors over the past two months, the Ministry of Finance (MoF) said the government will study and consider suggestions and feedback received as it continues to care and are ready to help those who really need support.

The government also acknowledged requests to add, extend and improve some measures for the benefit of the people and businesses, according to MoF.

"Economic recovery efforts affected by the spread of Covid-19 will be enhanced through a series of 2021 Budget engagements that have been and are being actively carried out by the MOF team to obtain feedback and input from all walks of life," said Finance Minister Tengku Datuk Seri Zafrul Tengku Abdul Aziz in a statement today.

In its 22nd Laksana Report on the implementation of the Prihatin Rakyat Economic Stimulus Package (Prihatin) and the National Economic Recovery Plan (Penjana), the ministry said the feedback received will then be used to draft the 2021 Budget which will be tabled in Parliament in early November.

"The recent Jelajah Belanjawan 2021 in Sabah and Sarawak also emphasised on the government's service delivery including ensuring faster and more effective implementation and assistance channels to the people, as well as improving physical infrastructure between urban and rural areas in both states," he said.

"I then travelled to Kuching, Sarawak, where I held dialogue sessions with industry representatives, including the oil and gas industry, agro-commodity, tourism and businesses to obtain feedback for the Budget 2021," he said.

Zafrul said to benefit the people of Sabah and Sarawak, the team at the Sabah Treasury and Sarawak Treasury had travelled to various locations in rural areas to facilitate recipients at these places.

"They boarded boats, traversed forests and climbed hills in carrying out their duties. In relation to the Prihatin and Penjana packages, a total of 1.93 million people in Sabah and Sarawak received the benefits of Bantuan Prihatin Nasional, which is worth more than RM2.1 billion," he said.

Meanwhile, almost 100,000 businesses in Sabah and Sarawak, including micro, small and medium businesses had received benefits worth RM1.4 billion through the Wage Subsidy Programme for employees, Prihatin Special Grants, as well as TEKUN and BSN micro loans for micro and small and medium enterprises (SME).

Zafrul said the 22nd Laksana Report would focus on the government's ongoing commitment in ensuring that the Prihatin and Penjana packages were implemented with transparency and openness.

"Transparency is necessary to ensure the effectiveness and cost-efficiency of public funds. Additionally, this Laksana Report also enables the government to deliver reminders and provide feedback on issues that arise," he said.

Zafrul said the early proactive measures through Prihatin and Penjana, channeling assistance to the people and businesses, have helped Malaysia rise from the decline due to Covid-19.

"Based on the country's economic indicators, we have gradually come out of the economic fallout. Although the world is still facing challenges due to the Covid-19 pandemic; market confidence in Malaysia remains strong, particularly from foreign investors based on investments of RM23.1 billion in the bond market up till August," he said.

In fact, he said the ringgit had also emerged as one of the strongest currencies in Southeast Asia, driven by the government's ongoing initiatives in managing Covid-19.

"Investor confidence can also be seen through the recent launch of Bandar Malaysia, which has the potential to have a multiplier effect on various sectors of the country's economy, as well as attract talent from within and outside the country," he said.

Bandar Malaysia is the largest single urban development project in Southeast Asia with a gross development value of RM140 billion.

This can be realised through the initiatives outlined in the newly launched NCER Strategic Development Plan (SDP) 2021-2025.

SDP is a robust and strategic framework to capitalise on the current combined potential in NCER states, namely Perlis, Kedah, Penang and Perak; including strategic projects, high impact investments and human capital programmes designed to fulfill the current needs of the people, businesses and industries, in an effort to reduce the rural-urban development gap.