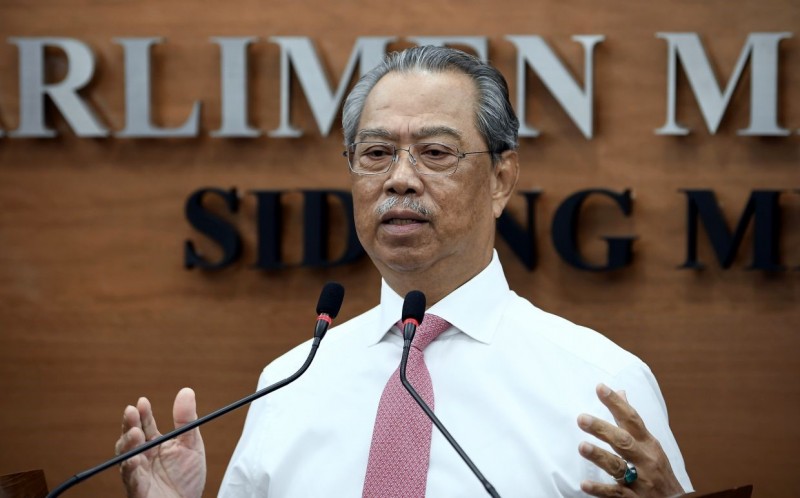 PETALING JAYA: The government has announced a targeted extension for the moratorium on bank loans for those who either lost their jobs or had pay cuts this year as a result of the Covid-19 pandemic.

Prime Minister Tan Sri Muhyiddin Yassin said individuals who lost their jobs in 2020 and still haven’t gotten a new job can enjoy the moratorium for another three months (up to Dec 31).

“After three months, the moratorium period can be extended by the banks depending on the individual’s situation.

“For individuals who are employed but have had their wages cut, their monthly installments will be decreased in tandem with their pay cuts.

“For example, for housing and personal loans, the monthly install payments will be lowered in tandem with the salary decrease.

“This period will be for a period of at least six months and an extension can be given subjected to the individual’s current salary, ” he said in a televised address on Wednesday (July 29).

Muhyiddin also said the banks had given their commitment in the form of several measures to assist borrowers, regardless of whether they were individuals or small and medium enterprises (SME).

He said these measures were expected to benefit up to three million individuals and SMEs.

The measures include only paying the interest for a set time frame, extending the duration of the loan to reduce monthly repayments, and other forms of relief until the borrowers were financially stable.

Borrowers who qualify for this can contact their banks from Aug 7 onwards to file an application for this.

“I hope this targeted moratorium and bank assistance extension will be able to ease the burden of those affected by the Covid-19 economic fallout, ” he said.

Back in April, Malaysia implemented a repayment moratorium, and became the first country to introduce a six-month moratorium.

The six-month moratorium, announced by Muhyiddin in late March, ends on Sept 30.

The moratorium period is a duration a borrower is not obligated to make monthly debt repayments to the banks.

Muhyiddin said according to Bank Negara, the moratorium had benefited more than seven million individuals, with repayments totalling RM38.3bil up to July 20.

He added that 243,000 SMEs benefited from the moratorium with repayments worth RM20.7bil in the same period.

It was initiated to relieve the burden of those directly affected by the impact of the pandemic. It was also designed to keep cash within households, given the uncertainty at the start of the pandemic.

The loan moratorium was a feature from the first relief package during the movement control order by the government that saw business and consumer activity basically grind to a halt, except for essential services.

Other countries that have introduced various forms of moratorium include Singapore, Indonesia, the Philippines, Thailand, the United Kingdom, Canada, Italy, and the United States.

Muhyiddin said that since the economy was opened up in stages from May, economic activity in the country had improved, and there were individuals and businesses which had been able to make their loan repayments.

He said the number of individuals who did not opt for the moratorium payments increased from 331,000 in April to 601,000 borrowers in July.

“However, I am aware that there are economic sectors still facing a challenging and uncertain period.

“I understand there are businesses that are not able to operate fully and there are Malaysians who have lost their jobs as well as source of income. I have listened to your grouses on the moratorium period ending on Sept 30 and I know many are hoping for an extension, ” he said.

He said the new initiative was a result of discussions held between him, the Finance Ministry and the Bank Negara governor.