Implementation of Prihatin objectives at 91pc as of July, says finance minister 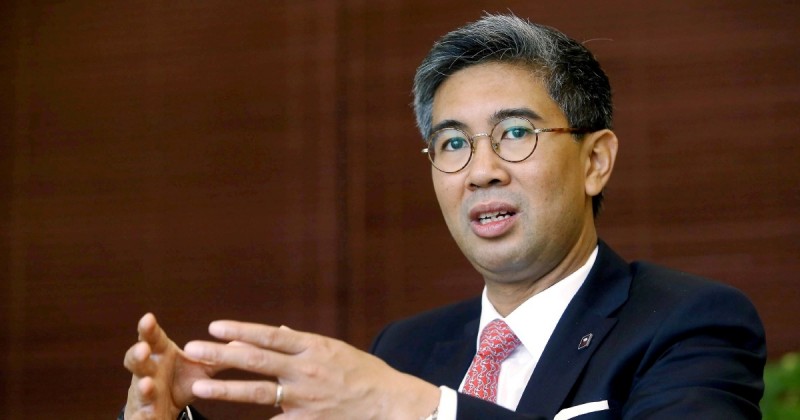 He said the accomplishment was via one-off cash grants such as Bantuan Prihatin Nasional (BPN), assistance to students of higher learning institutions, e-hailing and taxi drivers, government retirees and others.

For initiatives which involved implementation between three to six months, such as electricity bill discounts, wage subsidies (original), moratoriums, e-CAP Employees Provident Fund (EPF) and others — involving payments of RM68 billion, the implementation stood at 54 per cent compared to 50 per cent last week.

“This is an encouraging rate as we are in the middle of implementing these measures,” he said in the 14th Economic Stimulus Implementation & Coordination Unit Between National Agencies (Laksana)-Prihatin- Economic Recovery Plan (Penjana) report today.

The government subsidies for My30 passes so far worth RM20.4 million, which was an increase from 19.13 million).

Meanwhile, for Social Assistance for Easily Affected Groups, one-off assistance of RM300 has been paid to 184,538 recipients involving payment of RM55.36 million.

About 1,800 recipients had also received aid amounting to RM540,000 under the Home Assistance Services.

Zafrul said payment to this group as well as to single mother will continue until the end of July 2020.

Meanwhile, for Objective 2: Boosting Business, he said the Tekun Business Recovery Scheme (TBRS) has approved a total of 259 applications worth RM1.92 million, as of July 20, 2020.

Second, the SME-Go Scheme to assist the cash flow of SMEs is a financing facility provided by the SME Bank to contractors who were awarded small government projects under the Economic Stimulus Package (PRE) 2020 and Prihatin stimulus package.

The scheme is expected to benefit 16,000 G2 and G3 class contractors

“The purpose of SME-Go Scheme financing is for the working capital requirements for the contract. The financing margin is up to 100 per cent of the contract cost,” said Zafrul.

To apply, he asked the SMEs involved to visit https://www.smebank.com.my/en/smego for more information.

As of July 20, 2020, applications from 20 companies amounting to RM46.14 million have been received for the RM500 million-SME Technology Transformation Fund loan initiative launched this month, to assist SMEs in digital application or automation.

He said application for the loan or grant is through MyCreative http://www.mycreative.com.my/ and Cendana https://www.cendana.com.my/.

For the Third Objectives: Stimulating the Economy, Zafrul said the government had allocated RM1.2 billion for the Dana Penjana Nasional (DPN) under the supervision of the Ministry of Finance.

“Until the closing date on July 14, strategic applications worth more than RM600 million have been received. The applications are undergoing an evaluation process and the results will be announced in August, ” he said.

Apart from that, he also encouraged the people to spend for the country through the Buy Made in Malaysia Products as suggested by Prime Minister Tan Sri Muhyiddin Yassin.

The campaign is expected to benefit local companies and boost the purchase of local goods, targeting sales of more than RM500 million for the period of July until December this year.

“The private sector is advised to tolerate tenants who face cash flow constraints so that they have more space to redevelop their businesses,” he said.