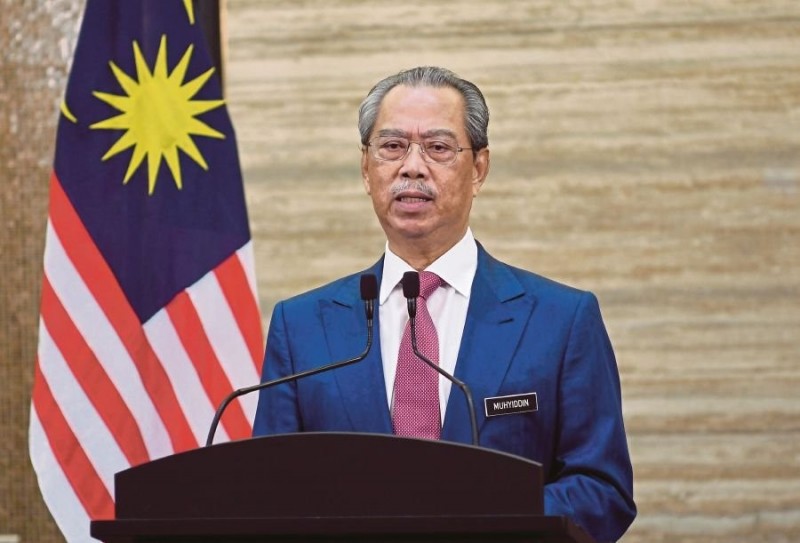 Worried about the return to double digits in new COVID-19 cases lately, Tan Sri Muhyddin Yassin today hinted on the hardship the people and the country would have to endure if a lockdown is reimposed in the event of a surge in infections.

The prime minister said the people should not let their guard down as 13 new clusters had been detected during the Recovery Movement Control Order (RMCO) period, at a time when their lives were getting back to almost normal.

“I am sure all of you do not want the government to reimpose a lockdown that is necessitated by a surge in COVID-19 cases. I pray and hope that we would not reach that stage,” he said in a special address on developments on the RMCO which was telecast live on national television today.

“Three months of being confined to our homes to break the COVID-19 chain of infection is enough. Our national economy was badly hit, businesses suffered losses and many lost their jobs. Surely we do not want to return to living under the conditions of such a lockdown,” he added.

Muhyiddin said if the government reimposed a lockdown, it would have a very major impact especially on the economy, and the country would lose at least RM2 billion a day, depriving millions of workers in Malaysia of their sources of income.

Apart from this, it would also negate the efforts of the government, the private sector and non-governmental organisations (NGOs) under the PRIHATIN and PENJANA packages aimed at reviving and regenerating the economy, he said.

“It should be remembered that the government has announced the Prihatin Rakyat Economic Stimulus Package (PRIHATIN), the PRIHATIN Tambahan and the National Economic Recovery Plan (PENJANA) totalling RM295 billion for the wellbeing of the people and business continuity in this difficult period,” he said.

The government has also extended a lot of assistance in various forms to help ease the people’s burden in facing the impact of the COVID-19 pandemic.

Muhyiddin said that as of today, a total of RM11.14 billion had been channelled to 10.4 million recipients of the Bantuan Prihatin Nasional, while 7.7 million consumers have received 50% discounts in electricity bills and 65% of households have received the benefits of loan repayment moratorium worth a total of RM38.4 billion.

“More than 2.75 million jobs have been saved under the Wage Subsidy and Worker Retention Programme,” Muhyiddin said.

Apart from this, more than 800,000 businesses including micro and Small and Medium Enterprises (SMEs) have received benefits under these stimulus packages.