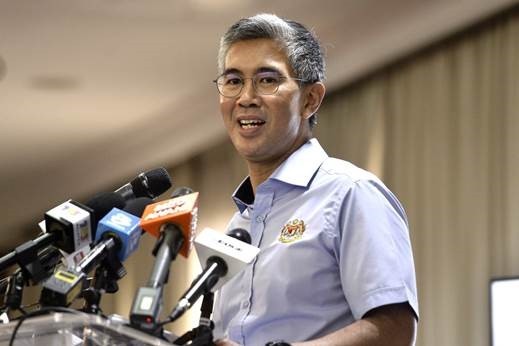 KUALA LUMPUR, July 8 — The moratorium on loan repayments by financial institutions, which took effect on April 1 as part of the Prihatin Rakyat Economic Stimulus Package (Prihatin), is estimated to be worth RM51.4 billion as at July 6.

Despite being an interim measure, the granting of the moratorium was timely and able to assist the impacted groups, especially those who had lost their source of income, he said when presenting the latest report on the implementation of Prihatin and the National Economic Recovery Plan (Penjana) on his Facebook page today.

The report was the 12th by the Economic Stimulus Implementation & Coordination Unit Between National Agencies (Laksana).

Tengku Zafrul, however, reminded borrowers that the moratorium period would end on September 30.

“For those who are facing financial difficulties and may need to restructure and reschedule their facilities, they are advised to get early targeted assistance. This can be done by consulting their respective financial institutions or the Credit Counselling and Debt Management Agency (AKPK) for advice,” he said.

This raised the number of BPN recipients to 10.245 million with total payments of RM10.92 billion, representing a 97.5 per cent implementation rate.

Regarding the BPN appellants group who were paid starting June 24, he said 140,000 single individuals and households had received the BPN assistance totalling RM120 million as at July 6 from an allocation of RM139 million.

On cash incentives for taxi drivers, tour guides and tour bus drivers, Tengku Zafrul said as of July 6, the government had disbursed RM17.4 million to 28,962 taxi drivers,who were recipients from the first phase.

For the second phase recipients, the appeal deadline was July 1, and the appeals are currently under review with payments to be made in mid-July.

Additionally, 7,414 tour guides had received RM4.4 million in cash aid, he said, adding that the status of tour bus drivers would be announced by end of this month.

Tengku Zafrul also said that as of July 6, RM1.63 billion was disbursed under the Prihatin Special Grant (GKP) to 544,632 micro small and medium enterprises (SMEs).

Meanwhile, payments for the GKP’s appeal group began last week and updates would be given next week, he said.

On the Wage Subsidy Programme, the minister said RM7.15 billion had been approved for 310,622 employers up to July 6, benefitting more than 2.48 million employees.

As for the Employees Provident Fund’s (EPF) Covid-19 Assistance Programme (e-CAP) for Employers, Tengku Zafrul said of the 37,900 applications received as of July 6, a total of 10,528 applications were approved amounting to RM70.4 million in terms of employer’s contribution.

“The government would like to emphasise that the EPF will be closely monitoring this matter to ensure that restructured contributions will be paid in the future. Legal action can be taken against employers who do not fulfil their obligations by honouring their statutory contributions towards their employees’ retirement fund,” he said.

On the SME Soft Loans Funds administered by Bank Negara Malaysia, Tengku Zafrul said as at July 6, local banks had approved total financing of RM8.7 billion that had been officially accepted by the SMEs, benefitting 20,104 SMEs.

Under the BSN micro credit scheme, 8,737 applications valued at RM296.99 million had been approved as of July 6, while for the Tekun Nasional micro credit programme, 25,278 applications were green-lit amounting to RM192.98 million.

Tengku Zafrul also disclosed that for one-off cash donations — such as assistance to tertiary students, e-hailing and taxi drivers, government retirees and others — amounting to payments of RM14.3 billion, the implementation rate was high at 91 per cent.

For initiatives involving implementation within three to six months — such as electricity bill discount, wage subsidy (original scheme), moratorium, EPF e-CAP and others — involving a total allocation of RM126.4 billion, the implementation rate was at 47 per cent, he said.

“The key point to convey here is that we are on track. While we have had ups and downs and challenges along the way, we are progressing well and we look forward to seeing through the implementation of all measures,” said Tengku Zafrul.