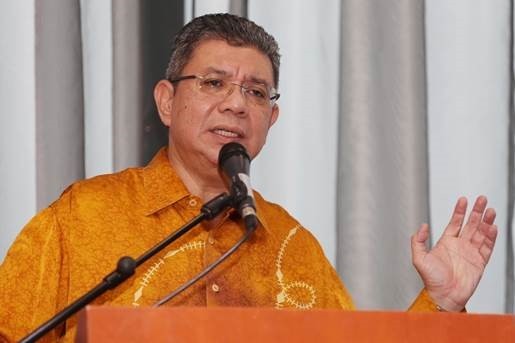 “Where the government is concerned, we will have a closer look at e-government because this is a  big issue and it is here, that the government should come out with strong policies such as cloud security policies.

“Under economy of course it will be about e-commerce and we will study how far small and medium enterprises (SMEs) have embraced e-commerce transformation,” he told reporters during his first official visit to the Malaysian Digital Economy Corporation (MDEC), here today.

In terms of the social system, Saifuddin said the team would look into issues on education, training and talent development including developing the creative industries which would not be limited to just creating animations and video games.

He said the Task Force is co-chaired by him and Science, Technology and Innovation Minister Khairy Jamaluddin, adding that officer-level discussions were ongoing and the first meeting would be held soon.

On MDEC’s work plans, he said the corporation is currently focusing on the implementation of programmes under the National Economic Recovery Plan (Penjana) following the Covid-19 pandemic.

He said it was discussed that while SMEs and small business operators in the rural areas are trained on starting online businesses, local entrepreneurs should be encouraged to trade in the Asean region.

Surina said that through GLOW, a programme under Penjana, MDEC would provide guidance and training on earning income from serving international clients while working online.

Surina said MDEC had also launched the “Let’s Learn Digital” programme under the i#mydigitalworkforce initiative during the movement Control (MCO) in collaboration with global online learning platform, Coursera, which gives access to over 3,000 free online courses.

Over 12,000 people, 75 per cent of whom were recently left unemployed, participated in the courses, she said.