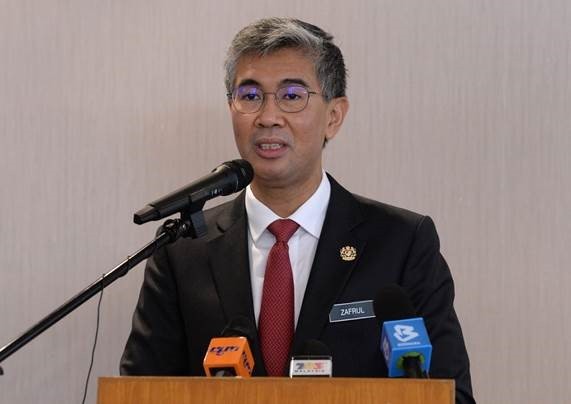 Those who are successful in their application, a total payment of RM1.47 billion will be made by June 15, 2020, he said.

The Inland Revenue Board (IRB) according to him, is further reviewing 81,260 applications and would announce the status of the application from June 8.

“For approved applications, payments will be disbursed from June 15,” he said when delivering the 7th Laksana Report Implementation of the Prihatin Rakyat Economic Stimulus Package’s (Prihatin) here today.

According to Tengku Zafrul, IRB had rejected 72,859 applications.

“For rejected applications, the appeal period will be opened from 3 to 15 June through the IRB’s official portal at gkp.hasil.gov.my.

“Should their appeal be approved, payments will be made from June 29,” he said.

According to the Finance Minister, a total of 643,000 applications had been received with 488,857 or 76 per cent had been approved when the application for GKP was closed on May 15.

Meanwhile, he said, RM3.22 billion of wage subsidies had been approved for 286,338 employers representing 2.2 million workers up to May 31.

The amount was an increase of RM980 million for 200,000 employees compared to two weeks earlier, he said.

For the Employment Retention Program supervised by the Social Security Organisation (Socso), he said, a total of 184,000 workers had received approval which was an equivalent to RM110 million a month up to May 31, 2020.

“This benefit will be channelled to employers and business owners,” said Tengku Zafrul.

On the Employees Provident Fund’s Covid-19 Assistance Program (e-CAP) for Employers, Tengku Zafrul said,  there were 26,509 applications up to May 31 of which 5,245 have been approved which amount to RM34.8 million for employers’ EPF contributions compared to RM20.6 million two weeks ago.

For SME’s Soft Loan Funds under Bank Negara Malaysia (BNM), total financing of RM6.9 billion had been approved by local banks and officially accepted by16,833 SMEs, he said.

“This amount includes funds from the Special Relief Facility, Agrofund, and Takaful Insurance for Covid-19 testing,” he said.

On the Micro Credit Scheme with zero interest or profit with total allocation valued at RM700 million, the Finance Minister said, 4,587 applications had been approved this week under the BSN micro-credit scheme valued at RM175 million.

For the Tekun programme, applications by 15,949 SMEs’ have been approved, amounting to RM128 million, he said.