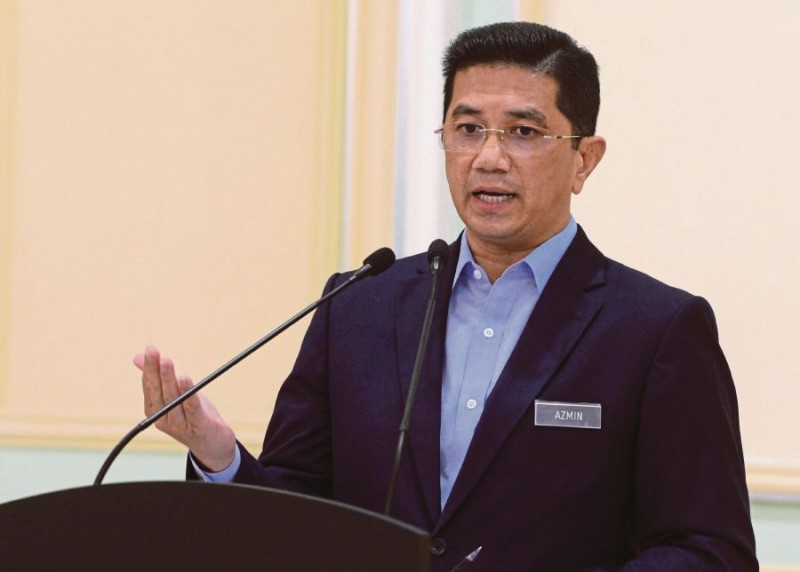 KUALA LUMPUR: The reluctance of several state governments to fully comply with the Conditional Movement Control Order (CMCO) and reopen most economic sectors in their respective states could expose them to lawsuits from industry players.

In issuing this warning, International Trade and Industry Minister Datuk Seri Mohamed Azmin Ali said the government is aware that several states have decided against implementing the CMCO.

"Their actions are not founded on lawful authority and are contrary to the policy of the federal government, all the more so in view of the fact that the federal government's policy has already been made into law and is enforceable throughout the country," he said in a statement this evening.

Azmin said the government has also taken note of media statements by various industry associations, including the Federation of Malaysian Manufacturers and the Malay Chamber of Commerce of Malaysia, in respect of their call that there should be no direct restrictions from state governments to stop companies from resuming operations from May 4.

Azmin also rejected claims that the move to reopen most economic sectors under the CMCO was done hastily. The decision, he said, was taken with utmost care, caution and responsibility supported by data and findings by the Finance Ministry, Miti, Bank Negara Malaysia and Khazanah Nasional Bhd.

He said the findings were presented for discussion with the Menteris Besar and Chief Ministers at the National Security Council's meeting on April 28.

"Based on the discussions during the meeting, the state governments realised that should the MCO continue until June 2020, the cumulative loss of the national income is estimated to reach RM146 billion or a shortfall of 10.3 per cent of the GDP. This would wipe out the economic success that has been achieved for the last four years," he said.

Azmin also noted that the SOP for the move was given to the state governments on May 2, before the date of the CMCO.

"The allegation that the government restarted the economy hastily is false and baseless. The government had undertaken incremental measures to open up the economy from March 18 to April 28 through the MCO Stages 1 to 3, mandating compliance with health requirements.

"These careful and prudent actions have yielded good results, particularly in terms of the increase in the opening of economic sectors without jeopardising the government's efforts to contain the spread of Covid- 19," he said.

He also noted that the government implemented the MCO in accordance with the provisions of the Prevention and Control of Infectious Diseases Act 1988 [Act 342] to ensure the effective control of the spread of the Covid-19 pandemic.

"The implementation of the MCO involves the entire country, including the states in Peninsular Malaysia as well as the Federal Territories, Sarawak and Sabah. This decision takes into account the importance and imperatives of the health and well-being of the rakyat and the need to regenerate the economy," he said.

Azmin said the government had conducted various engagement sessions with stakeholders of the economic sectors, particularly, industry associations, local and international Chambers of Commerce, as well as Small and Medium-sized Enterprises (SMEs) in order to gauge the impact on business sustainability, supply chains and employment.

"Therefore, the government's decision to allow almost all sectors of the economy to operate in order to revive and revitalise the economy is expected to have a positive impact on the economic growth and financial position of the country, not only at the federal level but also for the states," he said.

Azmin urged state governments to co-operate in executing the federal government's decision to regenerate the economy.

"The government is confident that we, as a team, will succeed in winning the 'war' against the Covid-19 pandemic. We have worked shoulder to shoulder in implementing the MCO in our efforts to contain Covid-19.

"Now, we need to remain united and strengthen our collaboration towards our economic sustainability, securing our livelihoods and the well-being of the rakyat."