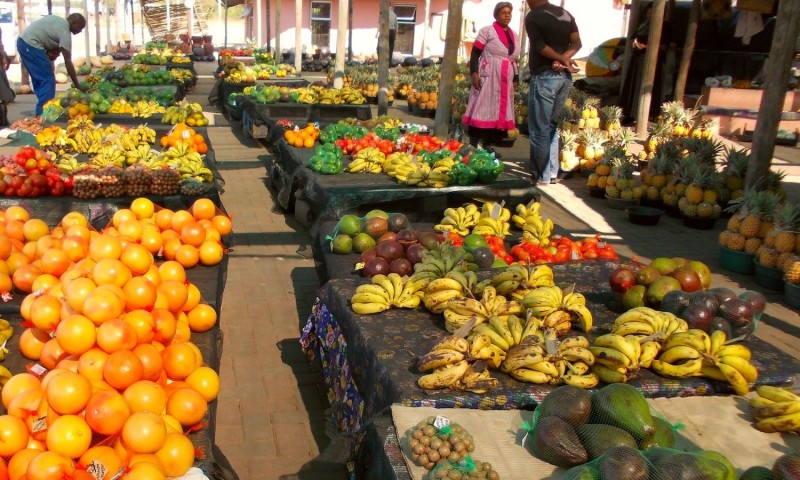 Food is becoming much more expensive. Ukraine, Russia, and Belarus are collectively major producers of wheat, maize, sunflower oil, natural gas, and fertilizers, and the Russian invasion of Ukraine has jeopardized that production and exportation. This has interacted with climate shocks and the lingering impacts of the pandemic on supply chains to result in alarming increases in food prices.

The U.N. Food and Agriculture Organization’s global food price index might have stopped increasing in recent weeks, but it remains 23 percent above its value a year ago, driven by large year-on-year increases in the prices of cereals and vegetable oil, as well as dairy products. Meanwhile, agricultural input prices, such as energy, feed, and fertilizer, have also been rising at rates even higher than food prices.

Weathering these peaks and volatility is challenging for rich countries and large corporations. But it’s much harder in low- and middle-income countries (LMICs), for the small- and medium-sized enterprises (SMEs) which make up the bulk of the food system.  A recent online survey by The Scaling Up Nutrition (SUN) Business Network, which is convened by the World Food Programme (WFP) and GAIN, ran a survey to find out what they’re facing and how they are coping.

Well over 200 owners and/or managers of food system SMEs in 12 countries in Africa and Asia provided their feedback. Over a third of responses came from women-owned businesses and a further 30 percent from youth-owned businesses.

From the responses, it is abundantly clear that SMEs are feeling the pressure. 79 percent reported that high or volatile prices were a current challenge for their business, with about a third ranking this as their main challenge. Nearly one fifth said high prices were having such a severe impact on their business that it risked closure. And firms led by women and young people were particularly likely to cite rising prices as a top contextual challenge.

Most firms estimated that prices for their inputs had increased by over 30 percent in the past six months. About two-thirds of firms also reported changes to input availability since the start of 2022, with 68 percent of them reporting a decrease in availability.

These are big problems, but they are exacerbated by an even bigger, and near-perennial, one: most respondents said their biggest issue was either difficulty accessing financing or limited financial reserves.

How can SMEs adapt?

The main strategy firms used to respond to input price increases amid limited access to financing was raising sales prices: 71 percent of respondents had changed their prices in the past six months, typically increasing them. Others cited strategies such as cutting staffing and reducing product sizes.

However, some firms are also finding innovative ways to respond that could increase their long-term resilience, such as by strengthening local supply chains and switching to renewable energy sources, helping them avoid some of the volatility of global supply chains.

Encouragingly, many firms also saw opportunities, with about half wishing to explore new business areas. For example, an egg producer in Kenya planned to set up his own feed mill. And nearly two-thirds said actions they had taken as a result of COVID-19, such as adapting products, changing distribution methods, and adopting online sales, had helped them to cope with the current situation.

However, reduced product availability and rising input prices, combined with limited access to finance, still represent an acute challenge. And it gets worse when you consider the context of poor economic growth, climate change, local conflict and political instability, all on the back of the massive shock of COVID-19.

This creates a vicious circle. For example, two chicken farmers in Mozambique explained how, even before the pandemic, they had lost clients and sales due to conflict in the north of the country. They now can’t increase prices because they’ll lose what remains of their business and they are, therefore, having to operate on the very edge of profitability.

None of these challenges, unfortunately, are going to go away soon. Instead, we must find ways to mitigate the negative impacts on SMEs and facilitate the opportunities that emerge for them, thereby buffering the impacts on the consumers who rely on them for nutritious food.

There are remedies available. One is increasing financing options for SMEs, in both the short and long terms. We can also encourage governments to use fiscal policies, such as time-limited tax exemptions or reductions in interest and utility payments, to reduce the pressure on SME finances. At the global level, ensuring the free flow of food and inputs, including to the poorest countries and into and out of conflict areas, will be essential to stem the tide of rising prices.

It is vital we act now to bolster food systems resilience, supporting small businesses and those in lower-income countries who depend on them for much-needed food.