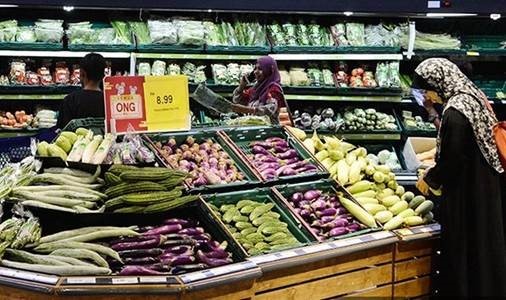 PETALING JAYA: The ringgit’s slide against the US dollar could lead to a renewed focus on efforts to source for cheaper locally-produced food, says an economist.

The price of imported products would rise as the value of the ringgit declined, Sunway University professor of economics Yeah Kim Leng explained.

This, he told FMT Business, would lead to lower consumption of imported food while consumers looked for cheaper domestically produced substitutes.

Given the country’s dependence on food imports, Yeah said, Malaysians should “brace ourselves” for a rise in inflation.

“That’s the best we can do. Higher import costs will spur efforts to source for cheaper products, especially those manufactured locally,” he added.

The nation’s dependence on food imports has risen significantly over the years. The food import bill came up to RM63 billion last year, up from RM55.4 billion in 2020 and RM51.4 billion the year before.

The bill is expected to be even higher this year, given that in just the first quarter, Malaysia has already imported RM17.8 billion worth of food products.

In a Bernama report on Tuesday, anti-inflation task force chief Annuar Musa was quoted as saying that prices of imported food such as meat, vegetables and fish had increased by 62%.

He said that continued dependence on imports using the US dollar would make Malaysia vulnerable to inflation.

Another economist, Barjoyai Bardai of Universiti Tun Abdul Razak, said that while a weak ringgit would be a boon for exporters, it was bad news for the average Malaysian.

He pointed out that more than 80% of everything consumed in Malaysia, including raw materials used by manufacturers was imported.

“For the average consumers like us, the ringgit’s decline against the dollar will be translated into higher prices of imported goods,” he told FMT Business.

“It’s especially bad if we import raw materials and sell the products domestically, like how we import wheat and produce bread,” he said.

“So either producers have to reduce their profit margins or increase their prices, (both of which options) have limitations,” he added.

However Paolo Casadio, an economist at HELP University, offers a very different view.

He said the “excessive focus” on the US dollar and on “short-term factors” as reasons for the ringgit’s decline against the dollar had resulted in some “biased analysis”.

“The actual problem is the dollar’s strength, not the ringgit’s weakness. The greenback has strengthened in light of the US Federal Reserve’s move to raise interest rates to ease inflationary pressure,” he told FMT Business.

“We can reasonably forecast that the situation is going to reverse before the end of the year,” he said.

The Fed raised interest rate by 0.75% in July, the second time in a row it has increased the rate by such a wide margin. This was also the fourth increase this year.

Casadio said the best way to stem the slide of the ringgit against the US dollar in the short to medium-term would be for the government, in coordination with the central bank, to bring down inflation and maintain a dynamic economy.