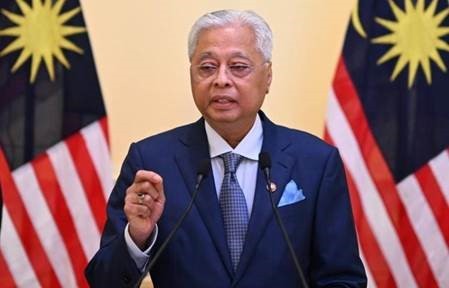 He also announced an additional allocation of RM30 million for the Bumiputera Enterprise Enhancement Programme (BEEP) under SME Corporation Malaysia.

"I was told that SPIM under TEKUN was allocated RM200 million by the government earlier which had exhausted and the allocation of RM20 million for BEEP for 2022 had also been taken up.

"SPIM loans are popular for financing by informal and micro traders in the interest of small entrepreneurs, I have announced another RM100 million allocation for SPIM.

“I also announced RM30 million more allocation for BEEP,” he said when speaking at the Entrepreneur Excellence Awards 2022 in the federal capital here on Monday (June 27) night.

Meanwhile, Ismail Sabri said the business sector is expected to continue to contribute towards the country's economic recovery efforts, as a result of the various government initiatives and programmes.

The Prime Minister said entrepreneurship development was one of the most important investments for the development of a country, apart from being the core for business innovation and transformation towards a high-income country.

"The government is prepared to continue to assist entrepreneurs through various initiatives and programmes that will be implemented taking into account the current economic developments.

“The micro, small and medium scale enterprise (PMKS) sector will continue to have the support of the government to ensure that more aspiring entrepreneurs will start businesses and more job opportunities are created," he said.

He said the business sector, especially PMKS, has remained significant to the country's economic development despite the many challenges faced.

"Business performance has also improved where there has been an increase in sales, demand, cash flow and manpower requirements," he said.

The Prime Minister also called on entrepreneurs to take advantage of the opportunities provided by the government in the transition of conventional business towards the adaptation of technology and digitalisation.

He said the rapid development of the digital economy should be well utilised for business expansion purposes.

Ismail Sabri also hoped that the Ministry of Entrepreneur Development and Co-operatives could organise more programmes and initiatives that would benefit local entrepreneurs, in line with the goals of the Keluarga Malaysia (Malaysian Family) concept which emphasises the values of inclusion,

The Entrepreneur Excellence Awards 2022 organised by KUSKOP is an annual event to recognise and strengthen the country's business and entrepreneurship sector.