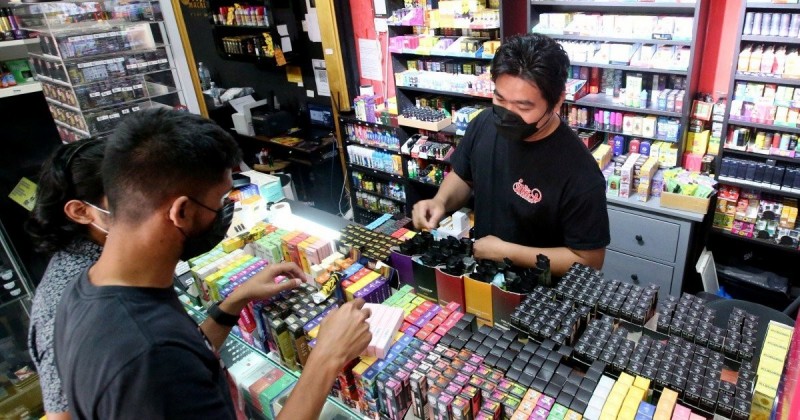 KUALA LUMPUR: An overwhelming majority or 92 per cent of Malaysians say it is important to develop industry-specific regulations for vape products, similar to policies in the United Kingdom (UK) and New Zealand where it is regulated differently from cigarettes, given that vape is less harmful compared to cigarettes.

The #Tax and Regulate MY Vape: Your Say survey, a recent opinion poll by Malaysian Vape Industry Advocacy (MVIA), also showed 92 per cent agreeing that the government should ensure that the black market for vape products is minimised.

The survey was commissioned by MVIA, a non-profit advocacy group that supports local vape entrepreneurs and businesses, and conducted by Green Zebras, a leading market research company in Malaysia.

MVIA president Rizani Zakaria said the vape industry has been increasingly viewed as one of the most disruptive innovations, especially to the tobacco sector.

He said this as millions of smokers globally are switching to vape products given that vape products are proven to be a less harmful alternative to traditional cigarettes and effective in helping smokers to quit smoking.

"In Malaysia, the local industry is worth over RM2 billion with over 3,000 small and medium enterprises (SMEs) and over 15,000 workers.

"The vape sector needs industry-specific regulations that are different to traditional cigarettes.

"This would allow the vape sector to fulfil its growth potential and help more Malaysian smokers to quit smoking.

"MVIA believes that the government has a crucial role to play in shaping the future of the local vape industry," he said in a statement today.

Based on the poll results, Malaysians also echo this sentiment, with 75 per cent of those surveyed stating that the government must be actively involved in regulating the vape industry.

In sharing their opinion of how vape regulations should be formulated, 85 per cent of those surveyed said vaping should be promoted to generate higher awareness of its efficacy as a less harmful alternative.

Interestingly, 68 per cent said vape products should be sold online via e-commerce platforms, as long as minors do not have access to the products.

Multiple international studies have found that vape to be less harmful, driving countries like the UK and New Zealand to promote vaping as a smoking cessation tool.

In Malaysia, smoking prevalence has decreased, according to the National Health & Morbidity survey, while vaping use has increased in recent years.

The poll results have shown that 85 per cent of Malaysians believe that this drop in smoking is attributable to smokers making a switch to vaping.

Further, 68 per cent of those surveyed have said vaping is less harmful than traditional cigarettes.

"This move has not only encouraged smokers to switch to the less harmful vape but has also given local, independent players the opportunity to grow their business," Rizani said.

He said Malaysia must look to successful, credible model regulations such as those in the UK when developing policies for the local vape market.

"As always, MVIA is open to any discussions with the relevant authorities to lend our perspective," Rizani said.

With the objective of understanding Malaysian's perception of vaping, the #Tax and Regulate MY Vape: Your Say delved into the opinions of the local population on their thoughts on regulations and the recently announced tax rates on vape liquids.

Additional findings from the survey will be released in the coming weeks.