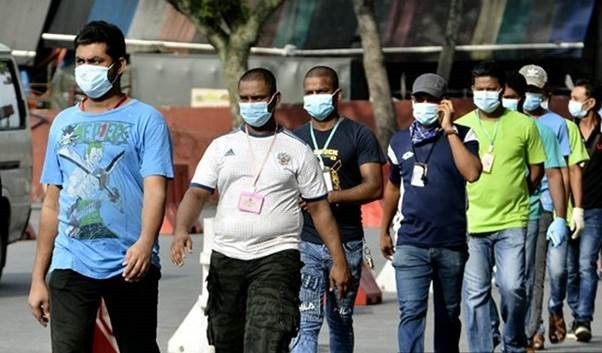 PETALING JAYA: The Malaysian Employers Federation (MEF) has voiced disagreement with an activist’s proposal that the government allow foreign workers to switch jobs to help them break free from forced labour.

It would be unfair to the workers’ first employers because they would have spent a lot of money in the initial recruitment, said MEF president Syed Hussain Husman.

“It must be emphasised that the estimated cost of RM7,000 does not take into account agents’ fees at the source country and the various Covid-19-related costs, such as complete vaccination and pre-departure screening tests,” he told FMT.

“All the additional related pre-departure costs at the source country that need to be shouldered by the employers may exceed RM10,000 per foreign worker.”

In making his proposal recently, migrant rights activist Andy Hall said: “It is quite shocking that even if migrant workers are abused, they are not allowed to change their employers. Such issues are not addressed in the National Action Plan on Forced Labour 2021-25.”

Syed Hussain said accountability and the welfare of foreign workers fell on employers’ shoulders and it would be difficult to keep track of the workers if they were to switch jobs.

“The current system makes it easier for the authorities to keep track of foreign workers, and the registered employers will be fully responsible for those under their employment,” he said.

“The registered employers are also held responsible for the repatriation of foreign workers to their home country upon expiry of their work permits.”

If foreign workers were allowed to switch employers, he said, proper mechanisms would have to be drawn up to enable employers to be compensated for the cost of recruiting them.

Federation of Malaysian Manufacturers (FMM) president Soh Thian Lai said allowing foreign workers to move from one employer to another would cause disruptions in operations as the intake of workers was based on each company’s requirements.

It would also entail a lengthy bureaucratic process to fill the vacated positions, he said.

Soh pointed out that the government did currently allow a change of employers within a sector should the initial employer end the contract of workers prematurely due to business restructuring or closure.

However, he said, there was a process involved to ensure that the workers were transferred legally and that the new employer fulfilled his foreign worker quota.