Blockchain – Embracing the Adage for Change 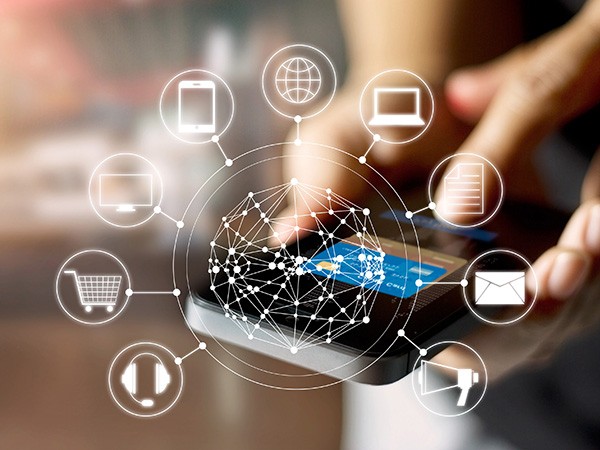 Despite naysayers dispelling the benefits of the blockchain technology, more have embraced its true nature.

Enhanced security, greater transparency, and improved traceability and efficiency are among blockchain’s main disruptive virtues, so much so that it is now making strides into other industry economic industries beyond just the financial sector.

According to CB Insight’s Market Sizing Tool, annual spending on blockchain solutions is expected to hit US$16 billion by 2023. Considering that US$8.7 billion of blockchain and cryptocurrency investments was spent in the 1H 2021, the estimated US$16 billion figure is potentially within reach of future investments.

As the world acclimatises to the new business environment brought forth by the COVID-19 pandemic, technology-driven solutions have taken precedence in future economic growth.

Cognisant of the current changing landscape, IIB Ventures, a wholly owned subsidiary of Iskandar Investment Berhad (IIB), launched the Iskandar Global Innovation and Technology Exchange (IGNITE) in July 2021, with the goal to bring innovative minds together in sharing innovative solutions, thoughts, and knowledge on emerging technologies.

I was fortunate to be part of the stellar line-up of corporations, policymakers, industry-enablers, and technology enthusiasts during the recent IGNITE BLOCKCHAIN conference, held on the 28-29 September 2021.

As a catalyst to build Malaysia’s digital economy, MDEC plays a strategic role in strengthening Malaysia’s unique value proposition to become the Heart of Digital ASEAN.

In support of this milestone event, I lend my ears and voice to the champions who strive in building a stronger ecosystem for the local blockchain industry.

Leading the ecosystem development of the blockchain industry for Malaysia is IIB Ventures Sdn Bhd, under the Blockchain Village at Medini (BV@M) initiative.

BV@M seeks to develop and establish a blockchain ecosystem in Medini City, Johor, with aims to be a magnet for both investors and talent-seekers who are keen on Malaysia’s blockchain growth. The platform to date has attracted six regional and local blockchain players, securing 1,045 jobs with a total of RM323 million in investments.

“Technology has turned the tide on the pandemic as the world awakens to become fully digital overnight. One such technology is blockchain, where it has redefined economic sectors to become digitally seamless and recorded in an open distributed ledger,” remarked Mohd Ibrahim Abdul Majid, Vice President, Investment Attractions at IIB Ventures Sdn Bhd

Cutting across the various sectors such as financial, healthcare, insurance and takaful, and even social finance (such as collection and distribution of zakat payments), blockchain can potentially bring revolutionary changes to the respective industries.

Ibrahim added: “Blockchain’s game changer is its ability to decentralise existing platforms without central supervision and eliminating fraud, which has been an industry pain for cybersecurity. As the world gradually recovers from the pandemic, I strongly believe blockchain will be Malaysia’s next digital frontier.”

CreateWills started operations in 2018 as an online will-creation platform with geographical reach in Malaysia, Indonesia, and United Kingdom, offering both conventional and Islamic wills.

Its seamless digital process promotes convenience to potential users, as estate planning has become acutely important especially with the impact of faraid for Muslims. The special algorithm developed by CreateWills has made it easy to plan legacy and wealth distribution. Cumulatively, CreateWills has been successful in growing its user base to 12,000 individuals.

“Instead of the plain vanilla authentication model, we are also looking into blockchain’s other applications. An industry pain has been the verification of wills and will-related litigation, which often attract challengers to the genuineness of a will. Through blockchain and other technologies, we hope to address this issue.”

Finterra is a fintech company that specialises in blockchain-based Islamic applications. Incorporated in 2017, the company has expanded its presence in Malaysia, Singapore, Hong Kong, United Arab Emirates, and India.

Following the effects of COVID-19, the Islamic fintech sector and related-tech sectors have become one of the pillars supporting a country’s economic growth. Among Finterra’s blockchain initiatives, the convergence with waqf has propelled its unique selling proposition to the global arena.

Its flagship Waqf Chain has been successful in addressing decades-long waqf issues such as asset accountability, liquidity, mismanagement, and transparency.

“We are only touching the surface of blockchain’s numerous applications. As a market leader, Finterra strive to remain innovative in our Islamic finance solutions. The decentralisation of Islamic Finance holds the key to accelerating the democratisation and inclusiveness for underprivileged communities into Islamic financial services”, said Hamid Rashid, Founder, Finterra.

As we build a strong value proposition for Malaysia’s digital economy, blockchain as the adage for change could become a core pillar in moving the needle forward.