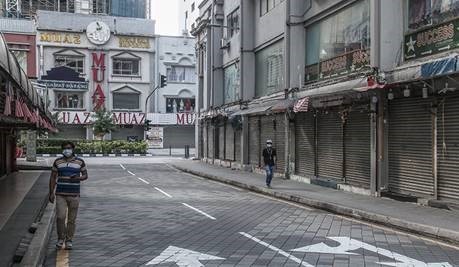 PETALING JAYA: Non-essential manufacturing industries are at risk of shutting down permanently unless the government allows them to reopen at 50% capacity, the Federation of Malaysian Manufacturers (FMM) said.

In an appeal to the prime minister, FMM president Soh Thian Lai said the extended factory closures were killing the industries despite government assistance such as wage subsidies and the automatic loan moratoriums.

Manufacturers in the non-essential sectors, especially the micro-, small- and medium-sized enterprises (MSMEs), were in a dire state and already severely impacted from the prolonged business closures, Soh said in a statement.

Non-essential sectors have been closed since May 25.

A recent survey conducted by FMM on the impact of the lockdown found that 93% of the participants reported reduced domestic and export sales.

The survey found that 82% of the respondents reported a 30% cut in exports, with 93% saying cash flow was reduced.

In addition, 77% said business recovery will worsen and 49% said it will be further delayed by six to 12 months.

The survey also showed that on short- to medium-term employment, 56% will freeze jobs, 39% will cut benefits, 34% will reduce work hours/days, 22% will cut pay further and 8% will be retrenching further in the mid term.

“From the survey, it can be concluded that the non-essential sector sales are severely impacted and immensely constrained in their cash flow given that orders, both pending and future, are interrupted with no certainty on when operations will be allowed to resume,” Soh said.

“On the other hand, suppliers are expecting to be paid on time, wages to employees have to be paid in full even if no actual work was performed, utilities and rental payments are due, logistics cost has increased due to cancellation/postponement of shipments and/or cargo stuck at ports, and penalties imposed on the delay of delivery.

“This has put most businesses in the non-essential sectors in an extremely precarious situation with the risk of collapse resulting in high unemployment.”

He said there was also fear that if businesses were not allowed to open up immediately, many would not be around to help rebuild the economy once they were allowed to open.

As at July 14, a total of 10,522 companies involving 903,244 employees have registered under the public-private vaccination programme Pikas, with 101,117 having received their first dose.

“The numbers indicate that the industry wants their employees to be vaccinated swiftly so that they are able to resume operations with continued adherence to the SOPs and eventually return to some level of normality,” he said.