‘Allow small businesses to reopen under Phase One’ 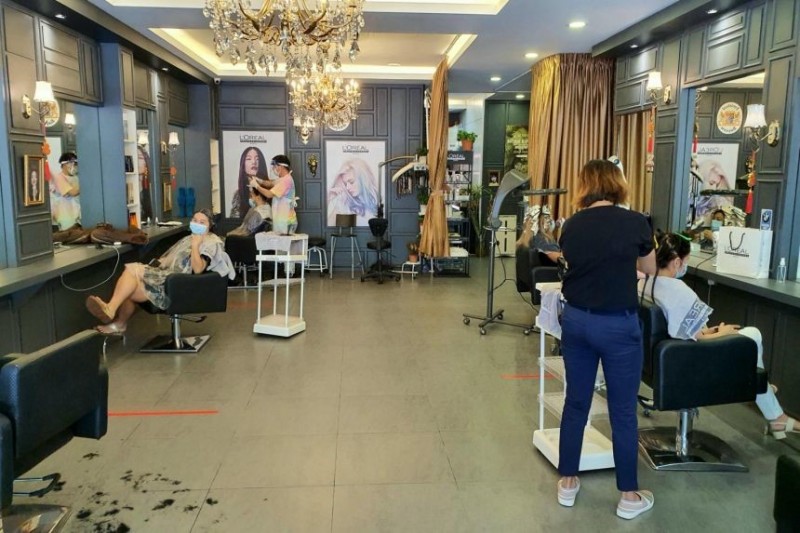 Micro-enterprises are appealing to the Federal and Johor governments to be allowed to resume operations during Phase One of the National Recovery Plan (NRP).

Johor Indian Chamber of Commerce and Industry (JICCI) Women Entrepreneurs head N. Saraswati said micro-enterprises were on the verge of collapse as only certain economic sectors were allowed to operate under Phase One.

“Covid-19 has impacted the economy and if the situation continues, most of them will be left without much choice but to wind up their operations,’’ she said.

She hopes the government will consider giving incentives and financial assistance to women running micro-enterprises to help them through the pandemic.

Women entrepreneurs in the B40 group were fortunate to have received RM3,000 financial assistance during the first movement control order implemented in March last year, she said.

“But others running micro-enterprises, including women, did not receive any incentives or financial assistance,’’ she noted.

Saraswati said many businesses were facing a tough time since the lockdown began, and that business owners still had bank loans to service besides rentals and salaries to pay.

While some landlords were considerate and reduced the rental for business premises by 30%, she said others still insisted on the full sum.

“Hopefully, the government can consider giving us tax relief, grants or soft loans until the economy recovers,’’ she said.

She added that there were about 300 JICCI members running micro-enterprises such as bridal boutiques, apparel stores and catering services.

“On average, business has been down by 75% to 85% since the first MCO, and we are unlikely to see the situation get better anytime soon,’’ he said.

Roslan said members were not allowed to operate since Phase One of NRP was implemented on June 1, and they would have to prepare for the worst if the situation prolonged.

He hopes the government will permit traders at night markets and bazaars to resume operations under the NRP’s current phase.

“We don’t have any income but we still need money for household expenses,’’ he said.

He added that the JB Bazaar, better known as Pasar Karat and held nightly in Jalan Segget, was not only popular with Malaysians from outside Johor Baru but also with Singaporeans as well as Indonesians from nearby Riau Islands.

“We are not getting any visitors due to travel restrictions and the closure of our borders with Singapore and Indonesia,’’ said Roslan, who is Pasar Karat chairman.

Meanwhile, Johor Baru City Businessmen and Traders Association president Roland Lim Chin Eng estimated that 30% to 50% of businesses in downtown Johor Baru were shuttered since the NRP Phase One began.

He said the border between Malaysia and Singapore, which had remained closed since March 18 last year, had badly affected businesses in Johor Baru as most largely depended on Singapore dollars.

“Johor Baru is like a ghost town now because many non-essential businesses and services are not open,” he added.

Lim also urged the government to allow dine-in at eateries under the NRP’s Phase One, in addition to delivery and takeaways.

He said the Johor National Security Council should look at Singapore where customers were allowed to dine in but must observe strict standard operating procedure.

“Johor Baru’s economy is also badly affected because thousands of locals working in Singapore are stuck in the republic,’’ he said, adding that they were spending their money in the neighbouring country instead.

“Hopefully, the expedited Covid-19 vaccination process will augur well for Johor and the country as a whole,’’ said Lim.