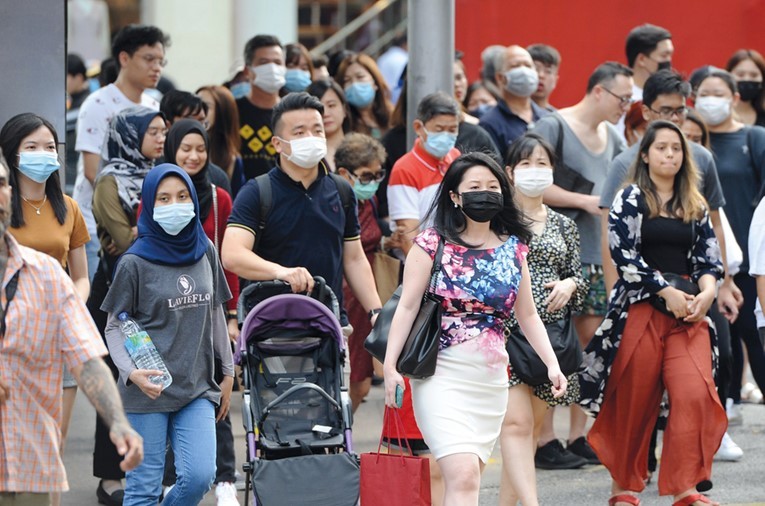 The reimplementation of the third Movement Control Order (MCO) will likely hinder the country’s progress in escaping the middle-income trap.

In March, the World Bank predicted the country to cross the high-income country threshold by 2025.

However, the optimism was sent off the rails as Malaysia’s industrialisation level and salary growth worsened during the pandemic and have not reached the acceptable level of a nation with a high-income status.

Malaysia recorded more than 4,000 Covid-19 cases in the past few days (yesterday at 3,780), with the highest deaths reported on Saturday at 44.

However, the resurgence of Covid is not only exclusive to Malaysia as its neighbouring countries, Singapore and Thailand, are currently facing similar predicament.

It is apparent that Selangor and Kuala Lumpur, the two largest contributors to Malaysia’s economy, recorded as the states with the highest cases.

Galen Centre for Health and Social Policy CEO Azrul Mohd Khalib said the spreading of the coronavirus at the centre of Malaysia’s economic hub will compromise the country’s ability to turn the corner on its financial health.

“It will absolutely delay our ability to recover. Every day that the MCO is in place in the Klang Valley, which is one of the most productive and revenue-earning locations in Malaysia, it digs us deeper into the hole which Malaysia has to climb out from.

“Honestly, we don’t know how far back we have gone as it varies from sector to sector. What we know is that businesses are closing, people are losing jobs and more families are approaching poverty,” he told The Malaysian Reserve.

In hindsight, Azrul said the previous MCO had only brought four weeks of reduced daily cases before the numbers went up again, deemed as a “poor return of investment” as it cost billions of ringgit in revenue, as well as incomes and jobs.

“I believe there is no real point in implementing MCO 3.0 as we cannot implement a similar measure and hope for the same results and impact obtained from MCO 1.0.

“We were at a different stage of the epidemic back then. The outbreak has long spread into the community and can now be categorised as a generalised epidemic.

“We predicted that the daily new cases would continue to be high and are unlikely to drop to the levels we had in the past,” he said.

Meanwhile, Institute for Democracy and Economic Affairs researcher Azam Wan Hashim said the eased restriction imposed on business operations currently could be a double-edged sword to the country.

“The MCO 3.0 takes a lighter stance on business operations, so it will have a minimal direct impact on economic sectors, apart from the food and beverage services sector, which will experience a decline in demand due to the lack of dine-ins.

“However, this lighter stance may also be less effective in curbing the spread of infection, which would prolong the negative impacts of the pandemic, thus delaying economic recovery.

“Economic recovery is contingent on several factors, with these start-stop lockdowns being only one consideration,” he said.

Until Malaysia can maintain a low infection level, the periodical MCO will continue to be implemented and will continuously drive uncertainty in the private sector, said Azam.

“Priority should be given to curb the spread of the coronavirus through an effective vaccination rollout.

“We have seen a disappointing rate for the National Immunisation Programme, with about 3% of Malaysians being vaccinated since the first phase of the rollout in late February,” he said.

Meanwhile, CGS-CIMB Securities Sdn Bhd economists Michelle Chia and Lim Yee Ping believed that the latest iteration of the movement restriction will likely bring fewer negative impacts to the economy as businesses have becoming acclimated to the pandemic-operating environment.

“We assessed that MCO 3.0 is likely to be less painful than past iterations, an observation shared by the central bank which expects the reimposition of targeted movement controls will exert a short-term drag on the economy.

“Policymakers have championed other means of providing targeted support through fiscal and non-fiscal channels, which remain available in MCO 3.0.

“Alongside robust external demand, Bank Negara Malaysia believes as domestic growth engines remain intact — though the longer MCO 3.0 remains in place — the downside risks to its GDP growth forecast will be higher,” the economists said in a report.