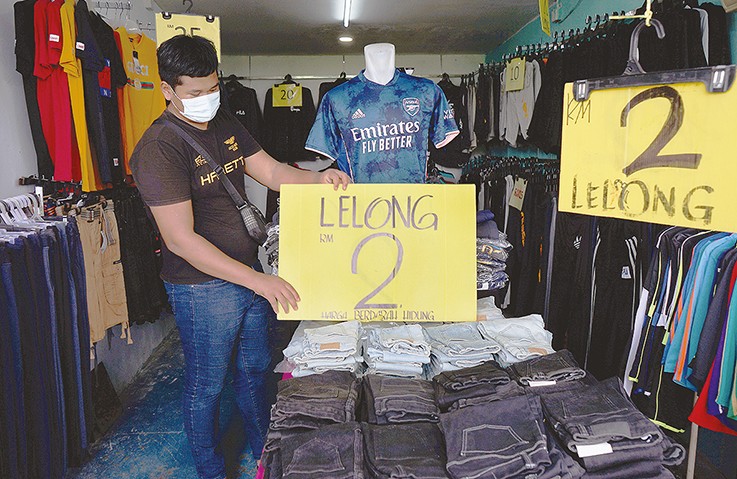 “As we saw from the Fitch downgrade episode from December, any market reaction is unlikely to be protracted given the sense that Malaysia’s ratings remain a few levels within the investment grade territory.

“The downgrade by Fitch ratings agency on Dec 4 serves as a reminder of the limits of fiscal space that Malaysia may run into, especially given its relatively high stock of government debt,” he told The Malaysian Reserve (TMR).

The downgrade was the ratings agency’s first for the country since the 1997/98 Asian Financial Crisis.

According to the Fitch, the depth and duration of the Covid-19 crisis has weakened several of Malaysia’s key credit metrics.

JF Apex Securities Bhd head of research Lee Chung Cheng did not rule out the possibility of other agencies to follow suit. Lee said the MCO 2.0 will hit the service sector, especially the small and medium enterprises (SMEs), and will further impact the overall GDP for first quarter of 2021 (1Q21).

He also foresees more retrenchment in the private sector and closure of businesses if the MCO 2.0 is extended beyond Jan 26.

“Concerns are mounting on the banking sector in respect of impairment and loan growth for this year and thus overall credit ratings.

“In the short term, certain sectors such as banking, aviation, real estate investment trust, hospitality, consumer, construction, property will be affected by this MCO and emergency declaration,” he told TMR.

While export oriented industries such as tech players, glovemakers and electronics manufacturing services and furniture makers could continue to benefit from the US and China economic recoveries, he added.

Chief global market strategist Stephen Innes from AxiCorp Financial Services Pte Ltd opined the rating agencies will allow some policy wiggle room for the time being. However, the country will be under credit watch scrutiny, he added.

“The combination of unexpectedly higher US yields, uncertain oil prices and the MCO 2.0 have created a three-headed monster which will most definitely weigh on investor’s sentiment.

“Every time we take a step back into the Covid-19 abyss it feels like we have only made one step forward but ended up taking two steps backwards, and that’s a problem,” he told TMR.

“As far as the domestic rating scale is concerned, we posit that the national rating scale remains at AAA as the government preserves autonomy in both monetary and fiscal policy-making space.

“So, with or without MCO and the emergency proclamation, there will be no change to the domestic rating scale due to the said reasoning,” he told TMR.

Firdaos said from the international rating scale’s perspective, the basis for credit diagnostics takes into account a different set of considerations altogether.

“We believe the overall impact of another downgrade may have already been priced in, and due to the low interest-rates environment, the aggregate impact on the economy and businesses in the short term is minimal.

“The pace of recovery matters and it is dependent on how the pandemic pans out. This will ultimately become the deciding factor in determining the potential impact to the Malaysian economy and businesses,” he added.

For as long as the temperature remains high, Firdaos thinks investors will continue to look for safer asset classes until they see green shoots towards recovery.

Moody’s Investors Service Inc, in a report yesterday, noted its outlook for Asia-Pacific (APAC) sovereign credit-worthiness in 2021 is negative due to the widespread fallout from the pandemic and the measures adopted by governments to contain it have created an economic, fiscal and social shock that will last into 2021.

Moody’s senior VP Christian de Guzman said sovereigns’ recovery from the shock will be shaped by policy effectiveness in containing the pandemic, with varying governance strengths driving an uneven recovery across the region.

“APAC sovereigns face multiple challenges over the next 12-18 months. In the near term, their fiscal positions will erode as governments provide ongoing economic support, with the weakening most severe for the lowest-rated sovereigns.

“Additionally, social and political tension, fuelled by rising inequality amid the pandemic, will present a further challenge for recovery and reform,” he said in a report.