Breaking the chain together 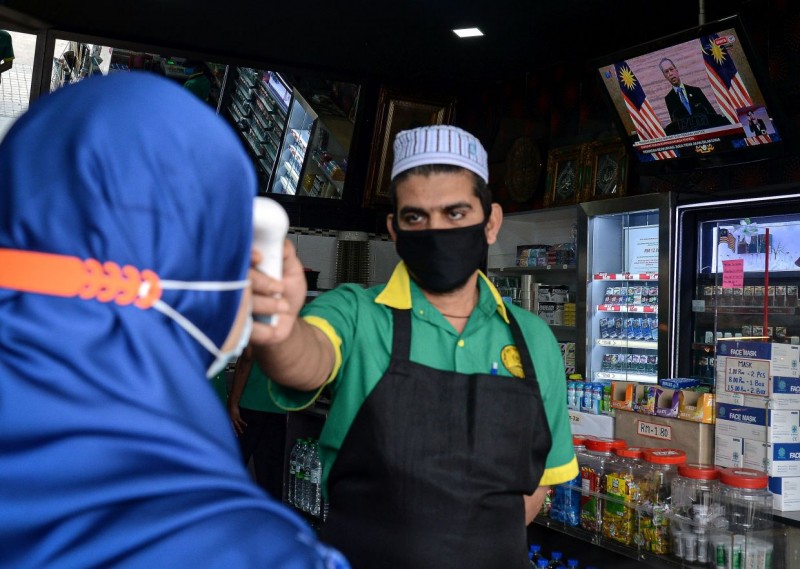 PETALING JAYA: Businesses have vowed to play their part in the battle against the pandemic, but they also hope that the government does its part by supporting them during these tough times.

As several states in the country enter a second round of the MCO today, businesses have said that they require the government to assist them as they expect to take a big hit in revenue.

“There is no point in having so much money if you don’t have good health. It is the most important thing, ” he said.

He said he hoped the public would do their part by staying at home and only coming out when it is necessary, such as to buy food.

Customers are not allowed to dine in at restaurants or stalls, although takeaway orders are allowed.

Ho said this would result in the number of customers dropping significantly, with business reduced by up to 70%.

“I hope the government will help us out in this difficult time, ” he said, suggesting that the government waive business licence and assessment fees for 2021, while dishing out rental subsidies like Hong Kong and Japan have done.

“Sixty per cent of our members rent their place of business. And rental alone is about 30% of the total business cost.

“In good times we pay taxes, and in these bad times the service industry needs the government’s help.

“Without this help, many small and medium enterprises (SMEs) will close down, ” he added.

Malaysian Indian Muslim Restaurant Owners Association president Datuk Jawahar Ali Taib Khan said they do their best to stop Covid-19 infections, and hoped that the public would do the same.

“Customers have been cooperating with us. We are going to live with Covid-19 for a while.

“On our side, we will fully support government policy although it will be tough on us, ” he said, estimating that revenue would only be 20%-30% of what was earned during the recovery MCO period.

He added that he hoped the government would extend the loan repayment moratorium for at least another six months and reduce rental at its buildings for the next few months.

Malaysian Employers Federation (MEF) executive director Datuk Shamsuddin Bardan said it was good that the government had cross-referenced the implementation of the MCO last March as most employers were familiar with this.

“Of course, the rest of the employers not within the listed five economic sectors have to make do with working from home, ” he said, adding that he hopes that Internet connectivity has improved.

Shamsuddin said the sustainability of business remains a challenge especially for companies not listed within the five essential economic sectors.

The five essential economic sectors allowed to operate are factories and manufacturing, construction, services, trade and distribution, along with plantation and commodities.

Compared to the first MCO where assistance was given to businesses, Shamsuddin said there haven’t been any announcements on this.

“I hope the government can reconsider and quickly assist all the employers, especially the small-time employers, SMEs and micro enterprises, ” he said.

SME Association president Datuk Michael Kang said the majority of its members are not ready for the enforcement of the MCO today due to the short notice.

“The International Trade and Industry Ministry just announced the SOPs. I think they (SMEs) are studying the details and how to go about it. I believe some might not operate today as they have to make sure everything is in order, ” he said.

Kang said most SMEs would definitely be affected by the latest MCO as they are in the recovery stage of trying to rebuild their business.

He pleaded to the government to help SMEs as he believed the MCO would not last two weeks but two months.

“If it is two months, then more SMEs will go bust unless the government gives a helping hand by providing a package for SMEs, ” he said.

The Malaysian Association of Convention and Exhibition Organisers and Suppliers said its members would rally behind the government’s decision.

“Might as well bite the bullet now and enforce stricter control to flatten the curve. We hope that by doing this, we are all playing our part to enable the business events industry to recover sooner, ” said its president Francis Teo.

He said that while they understood the government’s decision, they also hoped it would consider the livelihoods of the association’s members and the more than 30,000 employees in the business events industry.

He said he is concerned about how much longer industry players could sustain their business if business events continued to be barred.

“From past MCO experience, we are aware that this MCO could be extended beyond the two-week duration announced by the Prime Minister.

“We seek the government’s consideration to extend our proposed wage subsidy structure of 50% for employees with the inclusion of those earning RM6,000 and below to sustain non-essential industries’ operations and workforce during these trying times, ” he added.