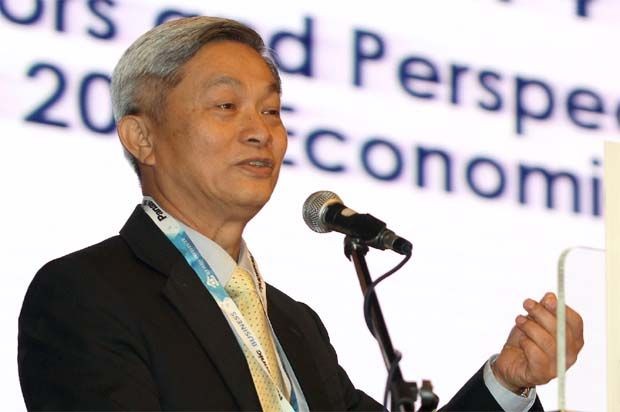 PETALING JAYA: It will be business as usual for industry players as the state of Emergency declared by the King will have a minimal impact on the economy, with no curfew involved.

Economists and business leaders said the state of emergency nationwide would address the country’s ongoing political uncertainties amid the worsening Covid-19 crisis, rather than derail economic recovery and business operations.

Speaking to StarBiz, MIDF Research economist Mazlina Abdul Rahman said the Emergency proclamation could provide space for the government to focus on revitalising the economy without intense political pressure.“This could facilitate the recovery process.The impact from the state of Emergency on our economy is very minimal due to business as usual. The concern about the impact to the economy is more on the reimplementation of the movement control order (MCO) and the conditional MCO in the country as this will drag the gross domestic product down by up to 0.8%, ” she said.

Meanwhile, Alliance Bank chief economist Manokaran Mottain and Sunway University professor of economics Yeah Kim Leng (pic below) said while the Emergency declaration would likely elicit a knee-jerk reaction from the market and businesses, the impact would be minimised if the details of the Emergency implementation are well communicated to the public.

“Nevertheless, public concerns and investor wariness will be heightened on the government’s subsequent actions and policy decisions during this period, including the exit strategy, ” he said.

Manokaran, on the other hand, said the state of Emergency until Aug 1 would help stabilise business sentiment that has been affected due to the political squabbles in the ruling coalition.

“Across the domestic capital markets, I believe the Emergency would help restore confidence that has been affected recently due to heightened political uncertainties, ” said Manokaran.

In a note yesterday, Affin Hwang Asset Management believed that the state of Emergency is positive for the market as it would temporarily remove the political overhang. “We think the market will come to appreciate the event after a typical knee-jerk selloff.

“Whether there will be upside will depend on new government policy to drive growth, which is not known at this point, ” it said.

Affin Hwang Asset Management, however, said the market would need to watch out for foreign-investor reaction, currency impact and potential rating changes, as these factors may be affected by the emergency proclamation.

Representing the industry, Federation of Malaysian Manufacturers president Tan Sri Soh Thian Lai said the business fraternity is glad that the proclamation of emergency will not impede business operations.

“The industry hopes that with the Covid-19 vaccinations to be received soon and the current layered implementation of the MCO in the country, it will effectively flatten the curve and bring down the number of Covid-19 cases and that the Emergency could be withdrawn as soon as possible, ” he said in a statement.

Speaking in a televised speech yesterday, Muhyiddin assured foreign investors that Malaysia is still open for business and it has plans in place to ensure economic recovery.

“To all the stakeholders keenly monitoring what’s happening in Malaysia, I emphasise that Malaysia is open for business. In facing these challenging times, this period of emergency will give us the much needed clam and stability, as well as enable us to focus on economic recovery and regeneration.

“We remain committed to good governance at these times and we have a robust and dynamic regulatory ecosystem, ” he said.

Muhyiddin added the government has a “six-stage strategy” to ensure economic recovery, which was implemented since last March and it has been incorporated in Budget 2021.

Commenting on foreign-investor sentiment, Sunway University’s Yeah said the move may not spook foreign investors and multinational corporations that are already operating in the country.

“However, the main concern is the erosion of Malaysia’s attractiveness to entrepreneurs and investors considering new investments in the country. The Emergency rule could trigger ‘wait and see’ responses from new investors as they await further political stability and policy visibility, ” he said.

Meanwhile, MIDF Research’s Mazlina opined that the Emergency proclamation would potentially cause foreign investors to review their investment decisions and put capital investments on hold temporarily.

“The Emergency just serves as a short term solution to political chaos in the country but the underlying weakness remains, which will return once the Emergency ends and that is still a risk to investors, ” she added.