E-wallet adoption on the rise during MCO 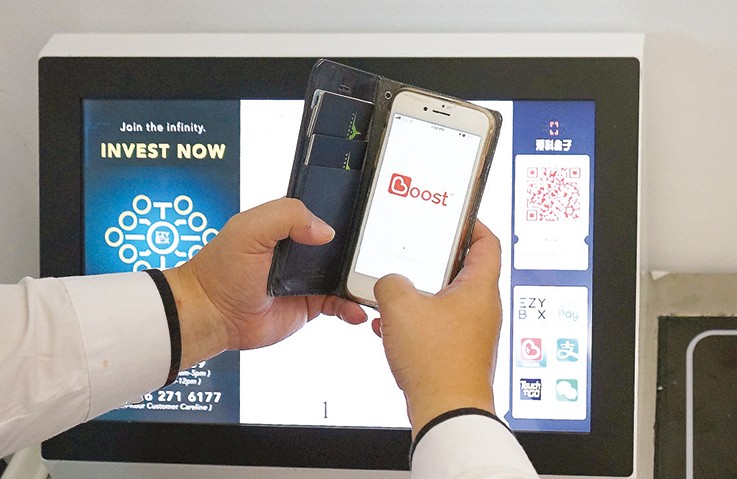 THE use of cashless payments and adoption of e-wallets have seen a sharp uptake during the Movement Control Order (MCO) implemented to contain the Covid-19 pandemic.

Malaysians have become noticeably receptive towards going cashless with an increased acceptance, as the paying method is not only convenient, but prevents the spread of the virus.

TNG Digital Sdn Bhd CEO Ignatius Ong said his platform saw an increase in the merchants onboarding onto Touch ’n Go eWallet payment ever since MCO was implemented and more so with Ramadhan being observed in a different manner this year.

“I can see that more people across various walks of life are becoming increasingly comfortable in adopting the cashless lifestyle with our Touch ’n Go e-wallet throughout the MCO period.

“We are unable to share the exact figures of the increase as the information is proprietary. That said, it is worthy to note that the overall uptake across the board, be it users or merchants, has further synergised our ecosystem,” he told The Malaysian Reserve (TMR) via email.

Ong said his platform is currently seeing a surge of transactions following the initiatives of the virtual Ramadhan bazaar, as well as e-donations to support local non-profit organisations (NGOs).

He also foresees an increase in e-wallet adoption among local small and medium entrepreneurs (SMEs) and micro-entrepreneurs to digitise their payment avenues.

“With 98.5% of the business establishments in Malaysia being SMEs, our platform has been more focused to aid these businesses in a bid to revive our economy together,” he said.

Boost CEO Mohd Khairil Abdullah also admitted that the rate of adoption for Boost e-wallet since the start of the MCO has been consistently positive.

“In the one-and-a-half-month period between mid-March towards the end of April, our user base grew by almost half a million new users,” he told TMR.

Mohd Khairil said the platform’s biggest gainers expectedly are in bill payment and telco top-up segments, as it helps the users settle their bill payments from the safety of their homes during the MCO.

“There was an increase in online shopping payments, which we also expected. Insurance premium payment is a recent addition to our app and we have seen consistent high usage there as well.

“Additionally, we also saw an increased activity with e-donations too, as we launched our own ‘Tabung Covid-19 by Boost’ at the beginning of MCO.”

Mohd Khairil is confident that there will be a continued increase in the use and adoption of cashless and contactless payments once the MCO is fully lifted.

He noted that businesses and households are realising that digital transformation is required to survive and that e-wallets can serve as a lifeline tool through a crisis like Covid-19.

“There is still a lot of education that needs to be done on the benefits of e-wallets among Malaysians.

“But we are very hopeful that as Malaysians embrace this ‘new normal’, it will transition into becoming just ‘normal’ as everyone adopts the digital lifestyle, in which e-wallets will play an essential part.”

According to reports, other e-wallet providers such as Malayan Banking Bhd (Maybank) and Grab have also seen a spike in transactions and adoptions during the MCO period.

Maybank reported a spike in the adoption of its MAE e-wallet, as the bank temporarily waived merchant transaction fees to encourage contactless payments. GrabPay Malaysia’s cashless transactions have grown by about 1.7 times since MCO started.

Additionally, continuous initiatives by the government to push towards e-wallet adoption have also contributed to the increased e-wallet usage among Malaysians.

According to statistics from Bank Negara Malaysia, the e-wallet transactions in the country registered RM4.4 billion in value and 382.3 million in volume from January to February 2020.