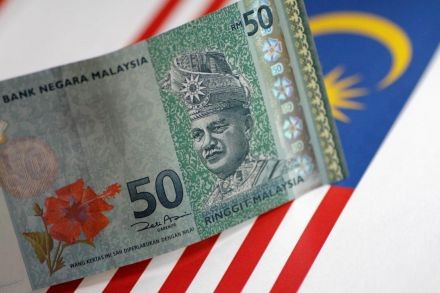 KUALA LUMPUR, March 25 — The Federation of Malaysian Consumers Associations (Fomca) hopes that the government would consider waiving the accrued interest rates on housing and other loan repayments due to the harsh economic climate.

President Datuk Marimuthu Nadason said although efforts by the government to defer the loan repayments for six months would certainly be helpful and assist households in reducing their household expenditure, it was not enough.

“Especially for the low-income families, the government needs to address the issues of job losses and diminished household incomes.

“Fomca proposes a relook at the cost of living allowance for the Bottom 40 (B40) to increase the payment during these challenging times.

“This is to ensure that families, especially those who have lost their income or have seen it diminish, have sufficient money to ensure a basic quality of life for their families,” he told Bernama.

Marimuthu said the government should also take strong measures to ensure that especially small companies did not file for bankruptcy as this would have a very damaging impact on workers in those companies.

This is given that 98.4 per cent of businesses in Malaysia are small and medium enterprises (SMEs) and they employ 67 per cent of the workforce.

“The government needs to ensure the survival and sustainability of SMEs in these challenging times.

“Fomca hopes that a comprehensive approach is taken to ensure that all Malaysians, but especially the low and middle income group, are supported and given assistance to ride out the Covid-19 crises,” he added.

“We support government’s move, but matters like insurance premium should also be deferred with full coverage as well.

“Besides banks, other financial institutions’ loans should also take the same measures to defer repayments for six months, including those licensed under the Domestic Trade and Consumer Affairs Ministry and the Housing and Local Government Ministry,” said Kang.

Echoing the view, Malaysia Retail Chain Association (MRCA) president Datuk Seri Garry Chua said the move by Bank Negara Malaysia (BNM) in announcing the deferment repayment of loans and financing to ease cash flows of SMEs was commendable, but the current situation required a lot more sacrifice from everyone to keep economic going.

He said that the association members which were mostly SMEs would be facing with real challenges to keep the business going forward if they continued to pay full salaries to the employees while there was no productivity.

“Everyone should play their role — the banks, the government-linked companies, utility companies and so on.

“The government should not put the burden only on employers to support the B40 and M40 groups. The business might not be able to sustain if we ran out of cash,” he said.

To help the employers with their cash flows, he said, the government could also consider using pool money collected by the Human Resources Development Fund (HRDF) to subsidise with the salary payment or to waive the employers’ contribution to the Employees Provident Fund (EPF) for the time being.

Chua also urged the banks to consider reducing the interest rates during this hard time, adding that the utility companies such as Tenaga Nasional Bhd, meanwhile, could give more discounts on the utility bills as they were still making a lot of profits and could recover when the situation improved.

BNM today announced the deferment in the repayment of loans/financing to ease cash flows of SMEs as well as individuals who are likely affected by Covid-19, with banks granting an automatic moratorium on all loans, including principal and interest, with the exception of credit card balances.

This measure will be for six months from April 1 to Sept 30, 2020, and the loans or financing qualify for deferment if they are not in arrears exceeding 90 days and are denominated in ringgit. — Bernama