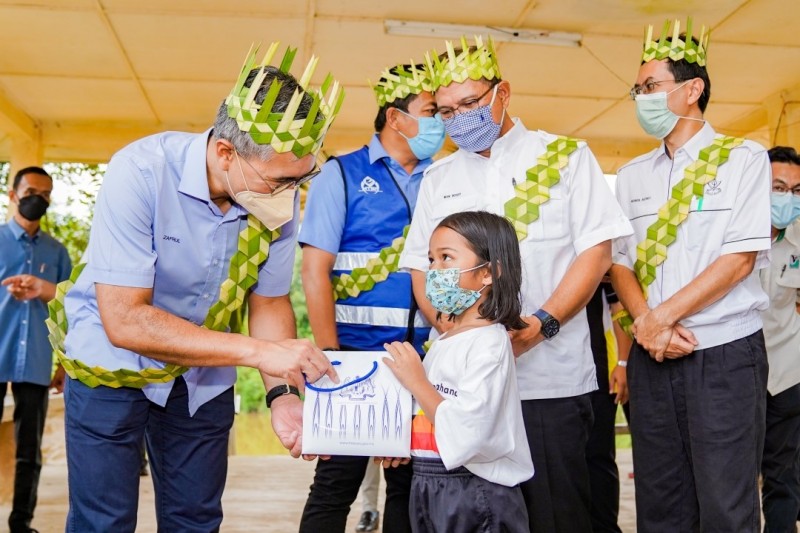 WHEN Budget 2022 was announced, the nation was still under partial economic lockdown to contain the spread of Covid-19.

However, with the vision of rebuilding the nation after the economic fallout following the pandemic, the government through the 2022 Budget successfully propelled the country towards recovery, despite facing numerous challenges.

Driven by the theme “A Prosperous Malaysian Family,” the government announced multi-billion ringgit worth of financial assistance programmes for businesses as well as the people who joined hands and worked together on the road to economic recovery.

Initiatives activated to reinforce the people

With the highest ever allocation of RM332.1 billion, the budget focused on three key areas, namely the prosperity of the people, business resilience, and a prosperous and sustainable economy.

Various initiatives undertaken by the government under the 2022 Budget to help the people included SemarakNiaga – a RM40 billion financing package for entrepreneurs from small to big businesses, JaminKerja which offered job opportunities through employment initiatives as well as Penjana HRDF – a training incentive programme that provides training for future employees.

Besides this, the government announced a moratorium on bank loans for those who were affected by the economic downturn as well as additional financing of RM1.8 billion provided through various agencies such as Tekun, Agrobank, BSN, Bank Rakyat and Bank Negara Malaysia.

In addition to rebuilding the nation by strengthening businesses as well as upskilling the young, the Government also launched JaminKerja, an initiative to hire and rehire those who lost their jobs during the pandemic.

The Gig Economy also boomed during the pandemic period where most people were confined to their homes and demands for home delivery as well as freelance jobs increased.

According to a report by Mastercard, global transactions associated with the gig economy will grow by 17 per cent per year to approximately US$455 billion (RM2.05 trillion) by 2023, and during the pandemic period, Malaysia was also among those which witnessed a boom in this sector.

Due to the rapid growth of the gig economy in recent years, the term “gig worker”, which is generally associated with blue-collar workers, moved beyond its original definition.

Initiatives launched became a light for many

Since the launch, the government under the JaminKerja initiative and in collaboration with companies nationwide, managed to rehire most of those who lost their jobs or were looking for a new job post-pandemic.

Among the beneficiaries of the programme was Zulkifli Shah Mohd Shah from Kuala Lumpur who was a retired armed forces personnel. Thanks to the initiatives by JaminKerja and MyFutureJobs, he was hired as a Chief Security Officer at Berjaya Times Square.

“Alhamdulillah for this opportunity. I believe this initiative helped many and the process was easy and very helpful to those looking for a job,” he said.

Besides Jaminkerja, there were also millions of Malaysians that benefitted from other initiatives by the government such as SemarakNiaga.

Among the recipients for SemarakNiaga was Lotus Cable Industries, a wiring manufacturer that has been in business for 30 years. The company, like many others, faced difficulties to sustain due to low receivables which made cashflow tight.

“During this period, we had to invest in new technologies. The funds from SemarakNiaga (SRF) really helped us in reviving our business and bringing it back to normal,” said founder of Lotus Cable Industries, S. Mani Vannan.

He acknowledged that the process of getting the financial assistance was fast and easy, thus enabling the company to retain its business despite the difficulties brought on by the pandemic.

Besides businesses, the government also assisted Malaysians in general to get back on their feet and upskill themselves to enhance their employability.

Among the recipients for Penjana HRDF were Tan Geok Kian, a swimming instructor and a mermaid swimmer before the pandemic struck.

Despite her disability, she did not give up but persevered in learning the basics of make-up though she never ventured into it before.

“Thank you for this opportunity,” she said with a bright smile, beaming with joy and confidence now that she has acquired the additional skill.

These initiatives have not only managed to rebuild the nation and strengthen the local economy post-pandemic, but also gives the people a new ray of hope.

Budget 2023 – Building a stronger Malaysia, together

All these efforts and initiatives by the Government have not only strengthened the economy but also the nation’s path to recovery despite concerns of an economic turndown in 2023.

This proves that Malaysia is on the right path to recovery as the fourth quarter growth for 2021 rebounded by 3.6 per cent after a sharp downturn in 2020.

Economists also believe that Malaysia will be able to meet an annual gross domestic product growth of 7.7 per cent in 2022, which is likely the highest in the region.

This is after the country’s rapid growth in the second quarter of 2022 where the GDP grew 8.9 per cent and is expected to improve further in the third quarter.

Driven by a resilient economic standing, with the support of the government, strong banking system and prudent corporate citizens; vast talent pool and economic transformation, the nation will continue to make waves despite concerns of a weaker global economic growth.

Finance Minister, Tengku Datuk Seri Zafrul Abdul Aziz said in view of the global economic slowdown, Budget 2023 will continue to prioritise the nation’s structural reform agenda and maintain its economic recovery momentum. This will ensure the continuous well-being of the rakyat and strengthen national resilience against any future headwinds, particularly challenges stemming from the ongoing geopolitical uncertainties and climate change.