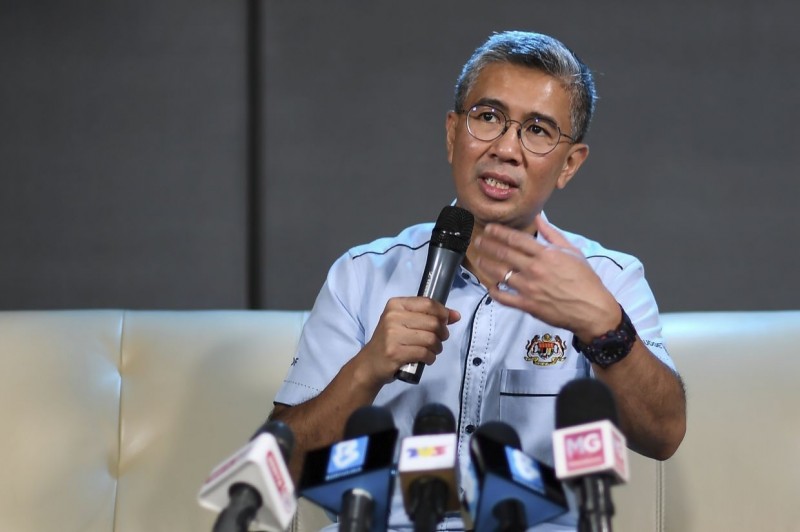 KUALA LUMPUR: Malaysia’s economy is on solid and stable footing despite global economic headwinds caused by geopolitical tensions and other external events.

“The government has successfully supported local businesses and spurred the economy through responsive and responsible policies, resulting in the economic growth of 8.9% (in the second quarter) and an unemployment rate of 3.7%.

“This included support from government-linked investment companies (GLICs), especially the implementation of the Principles on Good Governance for GLICs as guidance for them,” he said, Bernama reported. Citing the 113th People’s Financial Report (LKR113), he said the government is determined to achieve high income status by 2025, be a low carbon country by 2040 and achieve net-zero carbon by 2050.

Environmental, social and governance assets are expected to hit US$53 trillion (RM246.3 trillion) by 2025, he added.

He noted that institutional investors have RM2.2 trillion worth of assets under management, with about RM750bil in the local stock market, which would be highly influential in the transition to sustainability.

Meanwhile, Tengku Zafrul revealed that the government had distributed RM20.96bil to 358,089 employers through the wage subsidy programme which sustained the jobs of 2.96 million local workers.

The Malaysia Short-Term Employment Programme this year, under Budget 2022, offered 80,000 job opportunities on a contract basis, including 50,000 jobs in the public sector and 30,000 jobs in government-linked companies (GLCs) and strategic partners from January this year.

“Up to Sept 9, 2022 a total of 63,593 personnel have been successfully placed, with 36,781 personnel placed in the public sector while 26,812 personnel were placed in GLCs and their strategic partners,” he revealed.

The LKR113 also noted that the World Bank has revised upward Malaysia’s gross domestic product forecast for 2022 to 6.4% from 5.5% previously.

“The revision was based on Malaysia’s latest economic growth rate of 8.9% in the second quarter, which beat expectations,” he said.

However, the World Bank is of the view that there is no quick fix to the weakness of the ringgit compared to the US dollar, recommending that Malaysia focus on strengthening its fundamentals and implementing structural reforms.