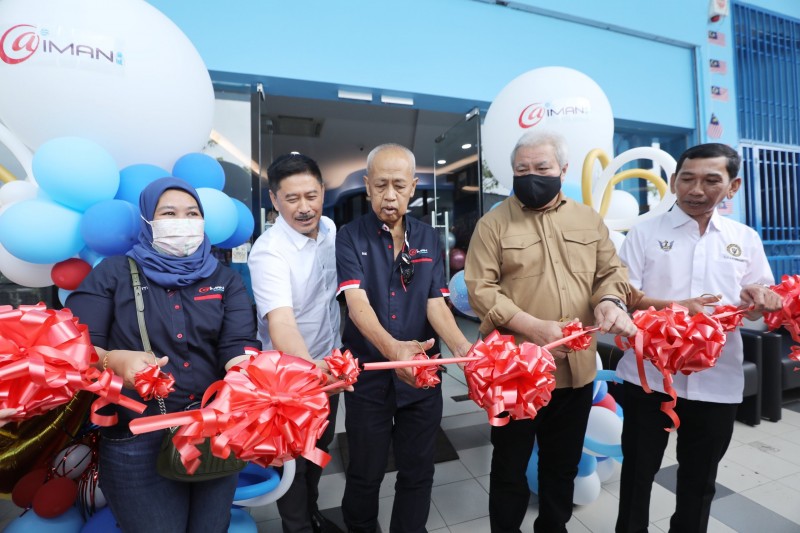 Citing an example, Awang Tengah, who is also Minister of International Trade and Investment, said RM100 million had been allocated by his ministry under the 12th Malaysia Plan (12MP) for the Sarawak Micro Credit Scheme (SMCS).

“Other than that, 431 graduates have benefited from an allocation of RM3.79 million under the Graduates Towards Entrepreneurship (Gerak) while in the 12MP, RM10 million was approved for the same purpose,” he added in his speech at the opening ceremony of Aiman Mart yesterday.

He also informed that RM20 million had been approved for the implementation of the programme under the 12MP while through BKSS 2.0, the Sarawak government had approved RM80.7 million for interest rate subsidies for three and a half years.

The subsidies are given to successful SMEs through the Special Relief Fund (SRF), Targeted Relief and Recovery Fund (TRRF) and Penjana Tourism Facility (PTF) schemes.

“The Sarawak government is the only government in Malaysia which offers this and to date, 3,345 entrepreneurs have benefitted from interest rate subsidies worth RM77 million.

“Since the Covid-19 outbreak, more than 25,000 local entrepreneurs have been trained through capacity building, halal certification, and food operator programmes.

“From 2020 until the second quarter of 2022, my ministry helped more than 33,000 entrepreneurs with financial assistance, capacity building, and product promotion programmes,” he added.

Awang Tengah also said that that more initiatives through BKSS had been provided by the Sarawak government and channelled through other agencies such as moratoriums, special assistances, discounts on electricity bills, water bills, and many more.

This is because to empower SMEs, he said the government, through his ministry, will implement programmes to increase the capacity of entrepreneurs through training and marketing local products to larger markets.

“In Malaysia as well as Sarawak, SMEs, including micro-enterprises, hawkers, and small traders and the B40 group, represent 98.5 per cent of the business community.

“However, the Covid-19 pandemic and the movement control order (MCO) implemented across the country had significantly impacted them,” he pointed out.

Nevertheless, he added, the state government had assisted all Sarawakians to help them get back on their feet.