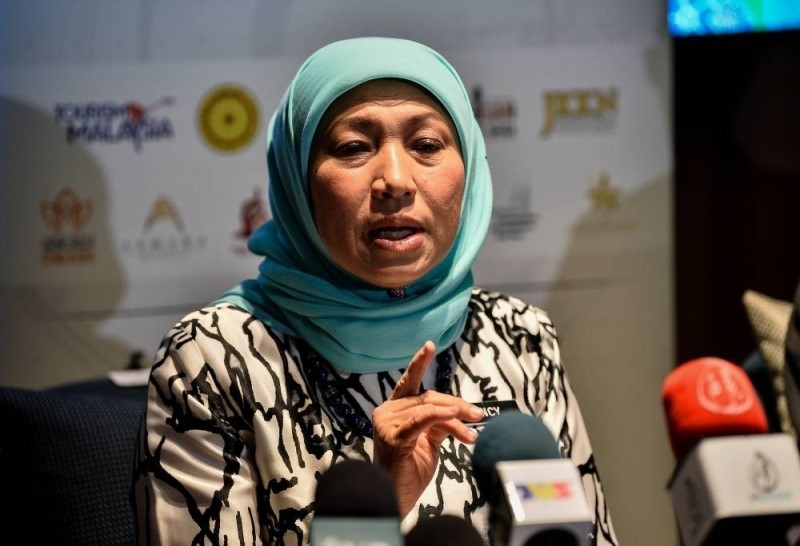 KUALA LUMPUR: The air of uncertainty regarding the national tourism industry’s ability to rebound following the Covid-19 pandemic has dissipated as Malaysia surpassed its target of two million tourist arrivals.

Tourism, Arts and Culture (Motac) Minister Datuk Seri Nancy Shukri said the country hit the mark on Tuesday and it has a new target of 4.5 million arrivals.

“Given this achievement, we have revised the number of tourist arrivals to 4.5 million with another review pending in September as we are optimistic of getting higher numbers.

“Currently, tourists from countries such as India and Saudi Arabia have also steadily entered the country alongside regional neighbours including the Philippines, Thailand and Indonesia,” she said at a press conference after attending the 12th Malaysia Gift Fair networking night on Tuesday.

She said the highest number of tourists were from Singapore, adding the total number of incoming tourists to Malaysia would have totalled more than three million if Singaporean excursionists were added.

“Similarly, we are looking to target young honeymooners in our upcoming programmes through caravan tourism activities once we formalise this concept.

“We are also aiming to promote the national textile industry with plans to organise fashion shows in metropolitan countries whose residents are of various nationalities due to their interest in seeing diverse cultures,” she said.

On the issue of labour shortages faced by the tourism industry, Nancy said a total of 34,000 foreign workers were approved to enter the industry.

“Motac will also organise job fairs later this year to encourage Malaysians to enter the industry due to its needs,” said Nancy, adding the workers would come in between 2022 and 2024.

She, however, noted it was dififcult to give a specific arrival date for these workers, as it was under the purview of the Human Resources Ministry, adding that her ministry would continue to push to facilitate the tourism industry’s needs.

In May, Nancy said Malaysia’s tourism sector was facing a shortage of 15,000 to 20,000 workers with the estimate obtained from national tourism associations.

She also acknowledged that the problem of labour shortage was not only faced by the tourism sector but also involved all other industries in the country.

In her speech at the event, Nancy said Malaysia was on track to earn a total of RM82mil in estimated economic impact and RM35mil in visitor expenditure from the 12th Malaysia Gifts Fair 2022 alone.

She added the success of the event could spur a positive impact on the local premium gift industry to manufacture Malaysian products linked to the nation’s cultural heritage.

“Based on this, I am confident we are ready to embark on global campaigns built on partnerships promoting cultural gifts using the Malaysia Gifts Fair platform.

“This will enable our cultural gifts to be explored beyond what is possible and help accelerate prominence internationally,” she said.

She added that the ministry had approved uplifting budget allocations aimed at benefiting international delegates, event organisers and industry stakeholders.

“This was carried out through the Malaysia Convention and Exhibition Bureau (MyCEB) during the first quarter of 2022 through the 3R (reset, restart, responsible) initiative to boost the potential of the business event industry as a recovery programme.

“Similarly, the ministry also recognises viable industries that project exponential contributions to the economy,” she said.

She added that the commitment of the Malaysian Gifts and Premium Association (MGPA), its members and other industry players would see Malaysia’s gifts and premium industry achieve exponential growth driven by a robust ecosystem of collaborations, ideas and government-led initiatives.

“It is also my fervent hope that this industry can transcend its way to success with Malaysia being recognised as Asia’s leading hub for business event activities,” she said.During the event, Nancy also presented prizes to winners of different categories under the Promotional Product Design Award 2021, organised by the MGPA and Majlis Rekabentuk Malaysia, which is a non-profit agency under the ministry.