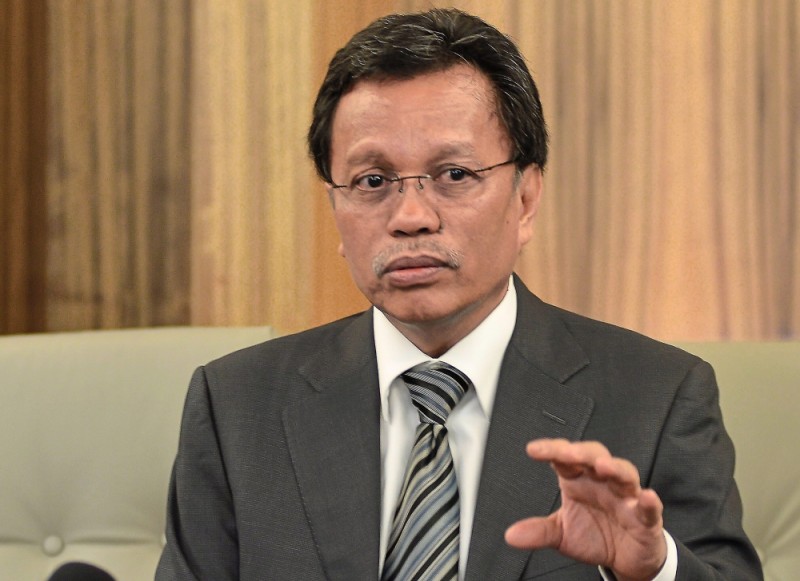 KOTA KINABALU: The State Government will play its part to ensure that State economic growth is maintained in the face of the current sluggish world economic environment.

To this end Chief Minister Datuk Seri Shafie Apdal said the Government will work closely with the private sector to help develop the local economy.

“We will work closely with industry players and business community to develop the State. We cannot only depend on the private sector. We have to ensure liquidity in the economy of the State.

“This year I am focussed on the State’s economic growth even though there are challenges. We have to find ways and means. We have the means and confidence that we can sustain the current economic downfall situation,” he said, after meeting with 44 representatives from Chambers of Commerce, Cement Industries and Quarries Operator Association and state government agencies at Wisma PPNS, Tuesday. Shafie said the meeting was held In light of the slow economic situation worldwide and in Malaysia.

“Hence we need to take steps to counter the situation to ensure that we are able to overcome this. We have prepared several approaches to solve this. Some of the things we discussed are things like construction materials for buildings homes and such to find out any issues faced by the relevant bodies.”

Other things were on how to increase the consumption level at state level. Several initiatives are needed to ensure that the liquidity in the economy is not only maintained due to the drop in the number of tourists to the state and other issues.

“This must be structured kind of engagement with the associations of the various relevant sectors. So I am here to hear for myself on issues particularly recurring ones. Those issues falling under the State Government’s purview, we will look into it but there are also some recurrent issues that need the attention of the federal government.

“It is important for us to resolve the problem rather than just listening to it. This is part of the State government’s efforts together with the private sector who also have an important role to boost the economic growth in Sabah.”

On tourists, he said there is need to organise more events by the Government so there will be more visitors not only from within Sabah but also Peninsular and Sarawak.

“They will be staying and spending in Sabah and I am confident this will help address the situation somewhat 000000even though on a smaller scale.

“Another is having more sales and promotions. We need more consumption. In order to increase consumption, prices must be reduced. This will also help with the economic cycle in the state.

There are just some of the issues that was discussed and in the near future we would look closer how to overcome them.